Halla Bol rally against Congress inflation in Delhi, Rahul Gandhi will give a strong message to the Center 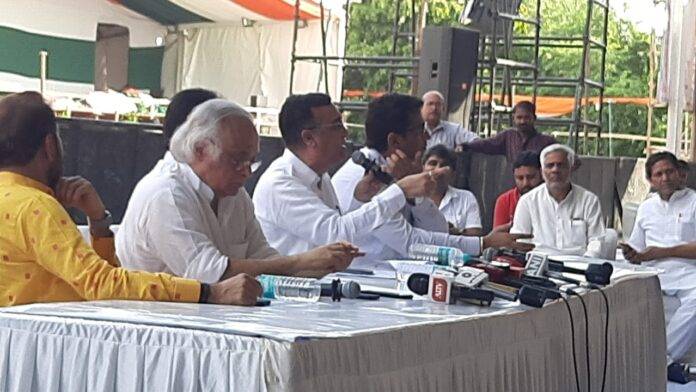 Senior Congress leader KC Venugopal said, for the last several years, there has been a huge demonstration against inflation, a rally was organized in December 2021, on August 5, 2022, against inflation at Vijay Chowk, and we had to go to Kingsway Camp after being arrested. was.

About lakh people will be present in the rally, and workers and senior leaders of the party will also participate from all over the country, we can proudly say that we are the party that is fighting against inflation and continuously fighting the protest. Our demonstration is happening everywhere, at the block level, district and even petrol pumps.

The Congress rally will raise its voice against inflation, unemployment and an increase in the Goods and Services Tax (GST) on essential commodities. Workers from all the states around the capital have started reaching Delhi. All the Congress workers will be present at the railway stations and bus stands of the capital to help the people coming from other states to reach Ramlila Maidan, as well as the Delhi Congress has made arrangements for the workers to stay in Delhi.

From the Congress headquarters to Ramlila Maidan, the party has put up posters on the streets, along with this, all the workers will reach Ramlila Maidan with banners in their hands and will register their protest against inflation through posters.