Google is remembering Canadian athlete and cancer activist Terry Fox by replacing its homepage logo with a beautifully illustrated and inspirational Doodle.

Terrance Stanley Fox CC OD  born on July 28, 1958, left the world on June 28, 1981, and he was a Canadian athlete, humanitarian, and cancer research activist. In 1980, with one leg having been amputated due to cancer, he embarked on his journey across Canada run to raise money and awareness for cancer research.

“I want to try the impossible to show it can be done.”

Sadly, the spread of his cancer eventually forced him to end his journey after 143 days and 5,373 km (3,339 mi), and ultimately cost him his life, his efforts resulted in a lasting, worldwide legacy. The annual Terry Fox Run, first held in 1981, has grown to involve millions of participants in over 60 countries and is now the world’s largest one-day fundraiser for cancer research; over C$750 million has been raised in his name, as of January 2018. 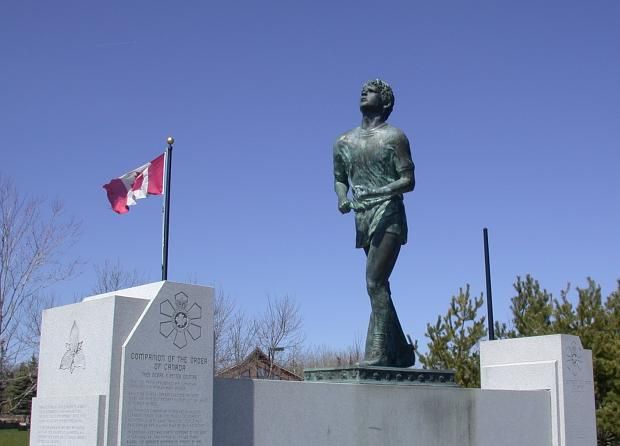 After 14 months of physical training with his artificial leg, Terry Fox participated in a public marathon then announced to his family that he would run the entire length of Canada from east to west. Fox embarked on this “Marathon of Hope” on April 12, 1980, from the shore of the Atlantic Ocean, proceeding one marathon length (26 miles) per day, with his brother and a friend supporting from a van.

Following that news, fundraising events were held in his honor that brought the total raised for cancer research from $1.7 million all the way to $23 million. Terry Fox died less than a year later, on June 28, 1981.