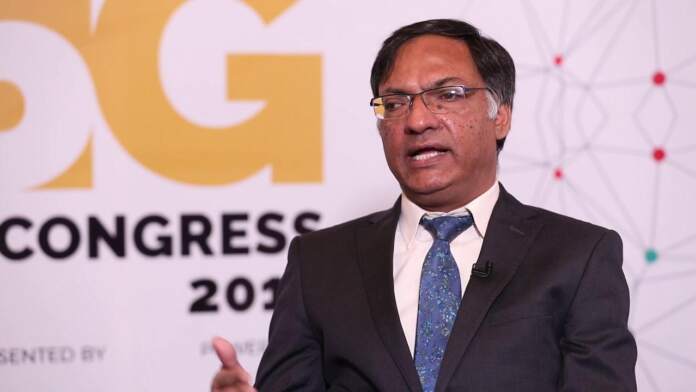 New Delhi: The implementation of government’s National Mission on Quantum Technologies & Applications (NM-QTA) getting delayed due to the Covid-19 pandemic even as the Department of Science and Technology (DST) looks for a sector expert to head the mission committee, a top official said in an ASSOCHAM webinar yesterday evening.

“As we come out with this time of Corona, then we would think about quantum, so it may get little bit slow start and delayed, we are all ready to start it because DPR (Detailed Project Report) and stuff has been nearly completed,” said Prof. Ashutosh Sharma, secretary, DST in a webinar – ‘India Quantum Technology Conclave,’ hosted by ASSOCHAM.

Prof. Sharma said, “We have mapped all the people and groups working on quantum across the country and bring them on-board so that they write some part of the DPR and so when all the aspects of quantum are there then we will see that what has the greatest potential to develop.”

He also informed that the DST is looking for a person to head the ambitious Rs 8,000 crore worth quantum mission committee who would be someone similar to the stature of the head of the mission committee for Cyber Physical Systems.

Earlier talking about the quantum mission, he said, “Three years ago, we started a new activity in the Department of Science and Technology, a new division that we call frontier and futuristic technologies, we started first rolling out this mission on cyber physical systems, this is worth about $50 billion, so in purchasing power parity terms and number of people you can buy with it, it may be about $1.5 bn.”

He added, “We are quite upbeat and positive on this, it has set up about 25 hubs, this is going to be the architecture, structure and processes of quantum technology mission are going to be borrowed from this.”

A hub, he said, is actually a holistic entity, it starts from basic R&D but it also has technology development, human resource generation, training at different levels, transitional research, it also has an incubator attached with it and then it has interface with research partners, basically the entire knowledge chain from generation to consumption, it must be met in the broad set of people as well as the processes of the hub, so working is seamless.

“This hub is given all the flexibility and all the powers that I have delegated to it and other powers which I took from the Cabinet and passed on them to the hub,” said Prof. Sharma.

He further informed that these hubs are actually section 8 company, that manage with their own board their own business, can make any kind of MoU with any industry, give and receive money from industry. The board of this hub has one-third representation from industry, so therefore they are equal partners – one third each from government i.e. line ministries, academia, R&D labs of government and industry.

“They together decide what are the problems which are worth doing, what kind of partnership would industry bring in. The only interface that me or the government, DST would have with these hubs is in the form an apex mission committee which is headed by a top sector expert and not a government official,” he said.

Prof. Sharma stated “Each of these hubs are worth Rs 1,500 crore or more to begin with in next five years or so, we can purposefully use these resources because things are working out and developing in the right direction. I am sure that three-five years down the road we will not have constraints on further resources.”

Noting that this is a very different model of doing things, he said, “The architecture, structure and the processes of implementing something is very different because it is driven by the vision of people. The leadership at the hub level, they must be aggregators of the knowledge in their area across the country, they must also be the drivers of what activity should take place in that particular area in the country.”

He said that while Indian industries and even MSMEs, may be not in the quantum frontier, they would all benefit by a dose of knowledge. “Going forward in the future, if you want to be competitive, we have to make a transition to this sooner than later.”

In his address, ASSOCHAM’s secretary general, Mr Deepak Sood said, “Quantum technology will contribute greatly towards creating the digital infrastructure for the country.”

He added, “It has become imperative both for government and industry to be prepared to develop these emerging and disruptive technologies in order to remain competitive, drive societal progress, generate employment, foster economic growth and to improve the overall quality of life and also to address the ever increasing technological requirements of the society, and take into account the international technology trends and road maps of leading countries for development of next generation technologies.”

New Delhi| Amid demands for lower duty on essential items and medicines for the treatment of COVID-19, the GST Council on Saturday decided to reduce...
Read more
Business

Samsung Galaxy Tab S7 FE, Tab A7 to launch in India next week