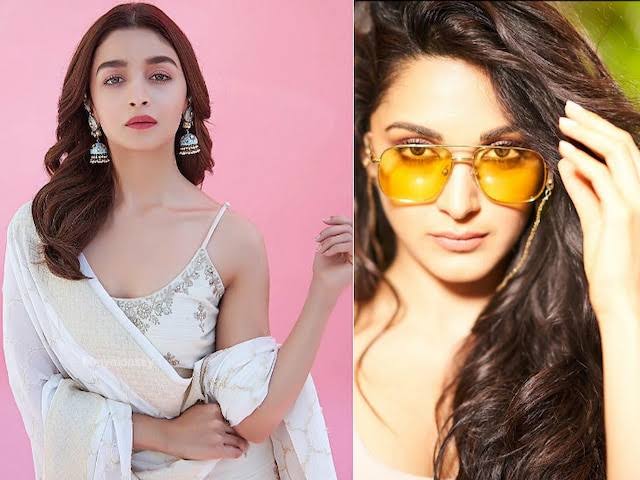 K iara Advani will appear in laxmi bomb with Akshay. Know her Real name, Wiki, biography, Kiara Advani father & mother name. Alia advani changed her name to Kiara to avoid confusion between Alia Bhatt. She did an advertisement for “Wipro Baby Soft” with her mother. Kiara is excited for Laxmi bomb.

In an interview to Filmfare in 2019, Kiara Advani said that the name was inspired from Priyanka Chopra’s character of Kiara in the film Anjaana Anjaani.

She said that Salman Khan suggested her to change her name when she entered Bollywood, and now even her parents call her Kiara.

Kiara was born to a Sindhi Businessman Jagdish Advani (father).

Genevieve Jaffrey(mother), a teacher who has Scottish, Irish, Portuguese and Spanish origins.

The elder of two siblings, Advani has a younger brother, Mishaal. She is also related to several celebrities via her maternal family. Kiara advani father and mother adore her a lot.

Actors Ashok Kumar and Saeed Jaffrey are her step-great-grandfather and great-uncle, respectively, whereas model Shaheen Jaffrey is her aunt.

She did her schooling from the Cathedral and John Connon School, Mumbai and pursued her graduation from Jai Hind College for Mass Communication, Mumbai.

She wanted to be an actor since she was 2.

She was good at studies and scored 92% in Class 12. After graduation, she did short term acting courses with Anupam Kher and Roshan Taneja.

Kiara starting her career in 2014 with the film Fugly, Kiara has appeared in films such as MS Dhoni: Kabir singh, The Untold Story, Machine, Lust Stories, Kalank, Good News, Shershaah and Telugu films like Bharat Ane Nenu and Vinaya Vidheya Rama among others.

Kiara will next be seen in Laxmi Bomb. Bollywood movie Laxmi Bomb stars Akshay Kumar and Kiara Advani in the lead roles. The Raghava Lawrence directorial will stream on Disney Plus Hotstar.

Laxmi Bomb was set to release during Eid this year, but it got postponed due to the ongoing coronavirus pandemic. In 2014, kiara was voted as one of the ‘Most Desirable Women Of The Year.’

Some facts about Kiara Advani’s Childhood

Since her childhood days, she was always passionate about acting. She even developed a good dressing sense at a very young age.

She was miss attention seeker from her childhood.

She never even wanted the camera off her face, when her mother used to take photographs of them.

Her first TV appearance was when she was 1 or 2 years old, she did an advertisement for “Wipro Baby Soft” with her mother.

Facebook
Twitter
Pinterest
WhatsApp
Previous articlePM Modi: Corona warriors will be be the first to be vaccinated
Next articleNDMC launches anti spitting drive by a special squad of civic wardens in Connaught Place area.
Parina