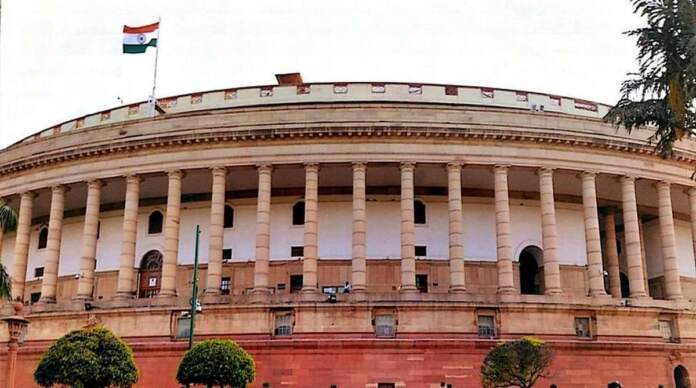 New Delhi| The joint opposition continued in the Lok Sabha on Wednesday for the third consecutive day to disrupt the proceedings of the House. After two adjournments and a little work, the House was finally adjourned till 11 am on Monday. Members of other opposition parties including Trinamool, DMK, Jammu and Kashmir National Conference, NCP and RSP gathered at 11 am on Wednesday under the leadership of Congress and raised slogans against the government demanding the withdrawal of three controversial agricultural laws. Started applying Due to this, the house was adjourned for the first time at 12.30 pm and the second time at 2.30 pm.

Meanwhile, the House managed to raise some questions during the Question Hour and the National Capital Laws (Special Provisions) Second (Amendment) Bill 2021 was passed.

Papers related to the Ministry of Defense, Foreign Affairs, Coal and Mining, Nuclear Power, Personnel, Public Grievances and Pensions, Commerce and Industry related matters were presented and information, and the Standing Committee Report on Petroleum and Natural Gas was presented amidst the uproar. was done.

Earlier in the day, Lok Sabha Speaker Om Birla targeted the opposition MPs, saying, “You are elected by the people to raise their issues in Parliament. You act unfairly in the House every day, making the proceedings of the House unnecessary.” Form. Your conduct is not right. ”

BJP MP Meenakshi Lekhi announced the final adjournment of the house while she was on the chair. He interrupted BJP MP Ram Kripal Yadav’s speech on the railway-related topic and announced that the next meeting of the House would be held on March 15 (Monday) at 11 am.

Earlier on Monday and Tuesday in the House, the opposition had created a ruckus over the price rise of LPG cylinders and petroleum products and raised slogans against the government for failing to control the rates of these essential commodities.

Got High Bp? It can be dangerous in summers. Here are 8 foods which will take care of your fluctuating blood pressure