Home National Martyred Rajesh Orang was about to get married...Click to read more (Emotional...
NationalTop Stories 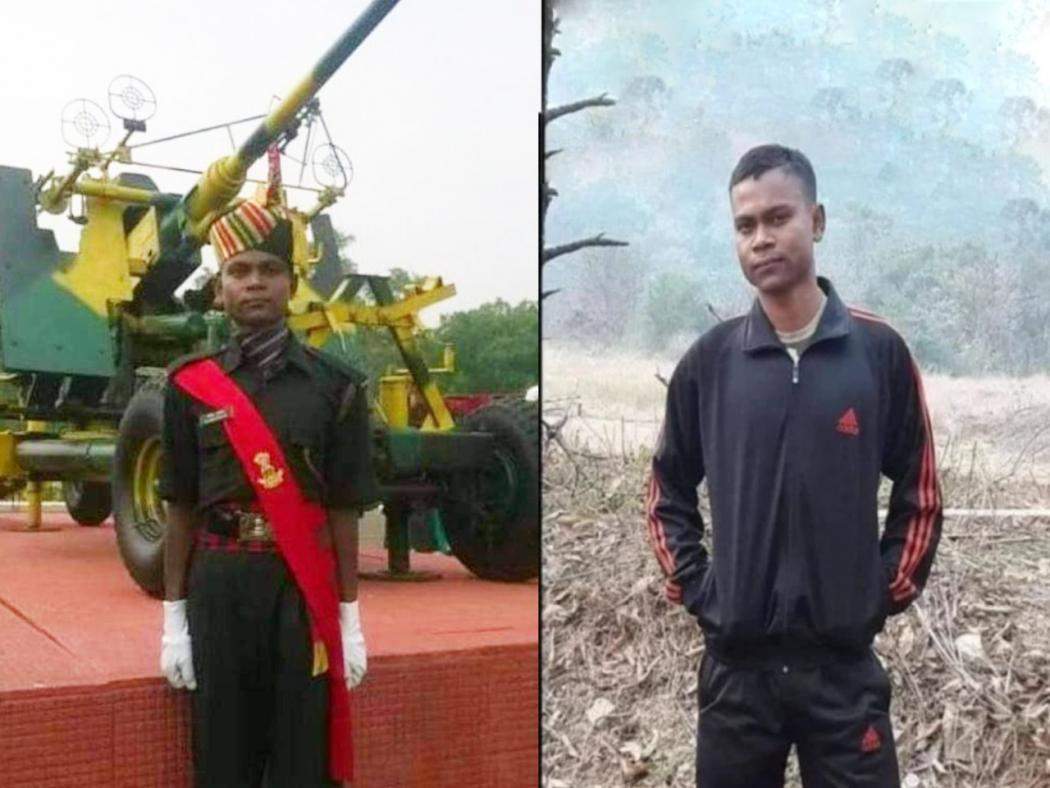 Rajesh Orang was the eldest of three siblings and joined the army in 2015.His mother was waiting for his son to come back home. He was happy he was about to get married.
He was the eldest son of the house.

25 yr old Sepoy Rajesh Orang from #WestBengal's Birbhum District was martyred in #GalwanValley. He served in the Bihar Regiment & was the first one to join Indian Army from his family back in 2016.

Suri (West Bengal): His bereaved father Subhash, who was let loose by the Chinese army in the Galvan Valley in Ladakh,on Wednesday morning.

“My son served the country and gave his life for him.” Rajesh Mother’s mother Mamta is not in a condition to speak anything right now.

Subhash told that Rajesh has two younger sisters. He was admitted to the army in 2015 and was from Bihar Regiment.

See More: Modi says soldiers deaths ;will not be in vain..

He said that Army officials informed about Rajesh’s death on Tuesday evening. His younger sister Shakuntala said, “Since childhood, my brother wanted to serve the country and he was happy to join the army.

One of the 20+ martyred soldiers at #GalwanValley is Rajesh Orang frm Bengal
Rajesh, joined Indian Army 5yrs ago & was posted at Ladakh.
On hearing the news of loss of their son, his parents reacted and said- "India should give a strong reply & thrash China"#indiachinastandoff pic.twitter.com/YFUjXKHRcb

His sister said that after a few months , the brother was to come home and his marriage talks were going on.

”Mother was hoping that when the son would come home on the next holiday, he would be married.”

In Belgoria village of Mohammadbazar police station under Birbhum district, a simple farmer Subhash raised his children amidst poverty. Rajesh was one of the 20 Indian military personnel who died on Monday night during a violent skirmish with Chinese soldiers in the Galwan Valley.

This is the biggest military skirmish with China in five decades, adding to the already ongoing military deadlock in the region.

NEW DELHI| Former Congress chief Rahul Gandhi on Wednesday congratulated both he and the people of America after taking the oath of US President Joe...
Read more
Top Stories

4 terrorists killed during an encounter in Nagrota, Jammu

JAMMU | During the ongoing encounter in Nagrota area of ​​Jammu district of Jammu and Kashmir, the security forces on Thursday morning killed 4...
Read more