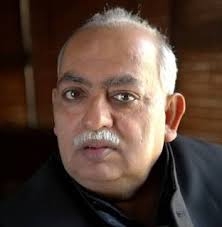 Renowned Urdu poet Munawar Rana has said that leaders like AIMIM chief Asaduddin Owaisi have divided Muslim votes. Comparing Owaisi with Pakistan’s founder Muhammad Ali Jinnah, he said the Muslim community would not allow another Jinnah to flourish in India.

67-year-old Munawwar Rana was reacting to the AIMIM’s victory in five Bihar seats. He said that Owaisi’s party cut opposition votes in many seats.

Shayer said, Owaisi is an agent of the BJP and has always acted as a vote divider. Both Asaduddin and his younger brother Akbaruddin Owaisi are goons to me, misleading Muslims, especially the youth, and creating divisions among Muslims.

He said that Owaisi has to save assets worth Rs 15,000 crore, which includes medical colleges, land and other businesses.

Rana said, for Seemanchal in Bihar, which is a Muslim-dominated area, Owaisi should have joined hands to oust the NDA from the grand alliance led by Tejashwi Yadav. But instead he took the help of BJP to protect his interests. Those votes and seats could have changed the entire picture of Bihar politics.

He further said, how will Owaisi do welfare or justice for Muslims by winning five seats in Bihar? For Asaduddin, UP-Bihar is a milking cow for his vested interests. The ‘Ganga Jamuni Tehzeeb’ of the region is still a distant thought for him.

Munawwar Rana said that he has known Asaduddin Owaisi since he was a teenager and divides Muslim votes.

“Before I die, I want to help Muslims, especially the youth, to identify the real culprits who are destroying them and dividing them,” he said. The beauty of this nation is in diversity and it should not be compromised.

Earlier this month on Munawwar Rana, the Lucknow Police made controversial remarks on the killings in France. Rana said that making cartoons of Prophet Mohammed and committing murders on it is both wrong. But he said that he would have done the same if he were there.

NEW DELHI | Senior Congress leader Ahmed Patel died in the hospital in Gurugram at 3.30 am on Wednesday. He was 71 years old and had been...
Read more

The names of 20 Indian Army personnel, who died after valiantly fighting Chinese troops at Galvan or Galwan Valley in eastern Ladakh on June...
Read more

PARIS | There have been 49,215 new cases of corona infection on the first day of national lockdown to prevent a second wave of coronavirus epidemic...
Read more

Can we guess, how much she is happy?