Home Politics BJP president Nadda said - There is a movement of middlemen, not...
Politics

BJP president Nadda said – There is a movement of middlemen, not farmers, in Punjab 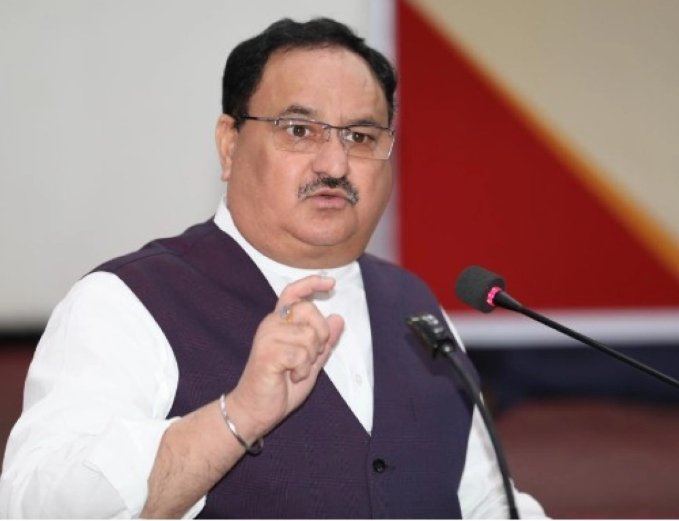 NEW DELHI | BJP president JP Nadda has called the agitation in Punjab about agrarian laws an intermediary movement. He has stated clearly that this is not a farmers’ movement, a middleman’s movement. BJP President JP Nadda addressed the farmers of Delhi on Thursday at the party headquarters, saying that in the mandis of Punjab, the farmer could not even change his job, had created such slavery. Prime Minister Modi has freed the farmers from all these restrictions.

BJP President JP Nadda said that the soul of India resides in the farmers and the farmer stands for India. But it is also true that many policies which should have been done in favor of the farmer long ago, were indifferent.

The BJP president appealed to farmers not to be misled by the new agricultural laws. He said, “Kisan Bhai, one thing must be kept in mind that those who are misleading you, they are people who revolve around politics, are not friendly to farmers. If farmers were friendly, they would have said that Modi ji is our manifesto Thank you so much for doing what I had written. “

JP Nadda, while clearing the confusion about contract formulation, said that it is clearly written in the Act that no contract will be on the land, on the things that have arisen on the ground. If someone makes a contract of land by mistake, bullying or cunning then it will be canceled. On contract, the price will be fixed in advance and if the market rate is good then its bonus rate will also be fixed. In case of loss, it will be the responsibility of the contracting trader and the farmer will get bonus if he gains.

LUCKNOW  | The seven seats in the Uttar Pradesh Legislative Assembly saw a turnout of 53 to 62 percent. In the year 2017, there was 63...
Read more
Politics

HOUSTON | The early voting numbers for the presidential election to be held in the US state of Texas on November 3 this year have exceeded...
Read more

O nePlus officially launched its new mid-range smartphone today. The OnePlus Nord has been making headlines the past few months and we will finally...
Read more

Days after his untimely demise, Instagram added remembering to his account bio and memorialised it as a place to remember the actor’s life. Instagram has...
Read more

China rocket failure news: China Satellite Launch Fails. China, who is dreaming of ruling in the world of Beijing space technology, got a big shock on Friday. China's...
Read more