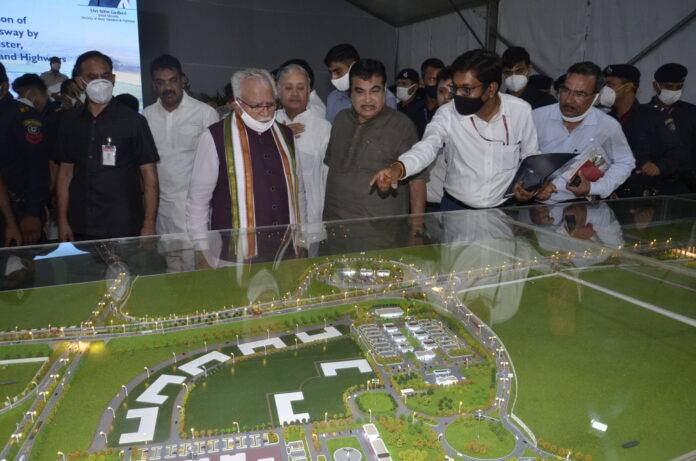 Sohna (Haryana) : On a two day visit Union Minister for Road Transport and Highways, Shri Nitin Gadkari reviewed the progress of work on Delhi-Mumbai Expressway at Sohna in Haryana, Dausa and Bundi in Rajasthan, Ratlam in Madhya Pradesh.  In Sohna, Shri Gadkari along with Chief Minister of Haryana, Shri M.L. Khattar and Union Minister, Shri Rao Inderjit Singh reviewed the progress of the expressway. In Haryana, 160 km of road construction will take place out of which 130 kms of work has already been awarded.

The Minister said by joining Haryana with Rajasthan, Madhya Pradesh, Gujarat and Maharashtra, this expressway will promote prosperity and development in the area. Shri Gadkari said that in Delhi NCR region 15 projects have been sanctioned worth Rs. 53000 Crores in which the work is on for 14 projects. With the completion of these projects the air pollution in Delhi NCR will be drastically reduced and the problem of traffic jams will also be resolved. He said that 1,380 kms long Delhi Mumbai Expressway is the longest expressway of the country and will be ready by March 2023. 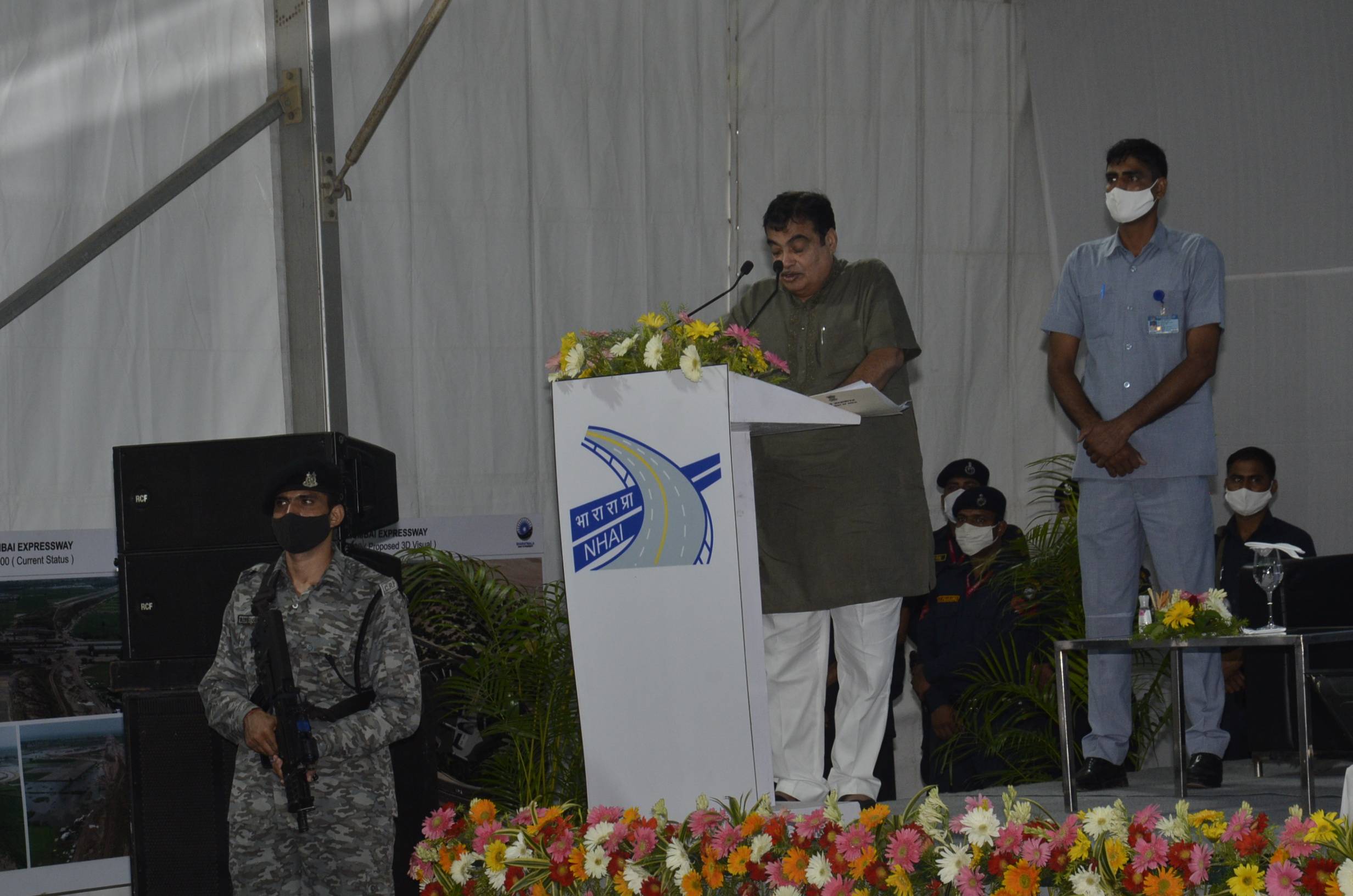 In Dausa in Rajasthan, Shri Gadkari was joined by State Minister Dr. B.D. Kalla and Members of parliament Smt. Jaskaur Meena,Dr. Kirodi Lal Meena and former MP Shri Ramnarain Meena.  In Rajasthan, 374 kms road construction will take place at a cost of Rs. 16,600 crores. Shri Gadkari said this expressway will help in the development of Alwar, Bharatpur, Dausa, Swai Madhopur Tonk, Bundi and Kota districts. He said with the development of this section of Delhi-Mumbai Expressway, the distance between Delhi to Jaipur will be covered in two hours only.

Shri Gadkari inspected the progress of Delhi-Mumbai expressway at Ratlam in Madhya Pradesh along with Members of Parliament Shri Sudhir Gupta, Shri Guman Singh, Shri Anil Firozia .  Shri Gadkari said 245 km of expressway in the state will be constructed at a cost of Rs. 11,000 crores. He said the Delhi-Mumbai Expressway and Chambal Expressway will be the growth engines for Madhya Pradesh.  He said they will open several avenues for employment and promote handloom and handicrafts and other enterprises in the region.He said, Ratlam is the main center of Delhi-Mumbai Expressway and with the support of the State Government all efforts will be made to develop logistic hubs for industrial development.