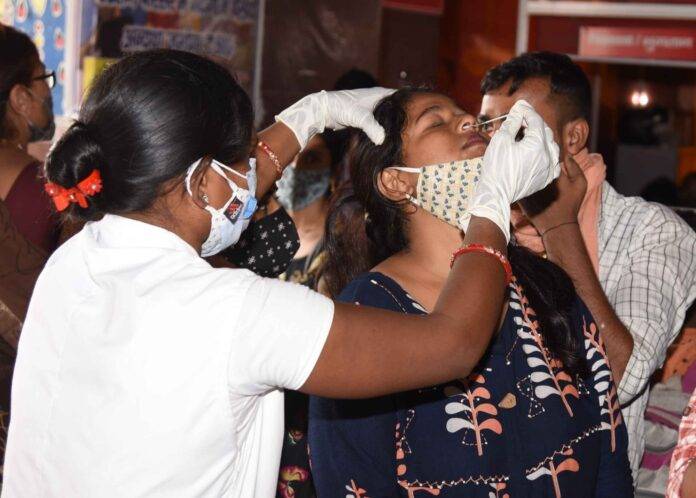 New Delhi| The number of corona patients is increasing continuously in the country. Still, more than three lakh people are becoming corona positive every day. There have been 3,23,144 new corona patients in India during the last 24 hours. During these 24 hours, more than 27 hundred people have died due to coronavirus.

According to the Union Health Ministry, a total of 1,76,36,307 persons have become corona positive so far across the country. Of these people who became corona positive, 1,45,56,209 are now fully healthy after defeating the coronavirus.

According to the Ministry of Health, there have been 1,97,894 deaths due to Coronavirus across the country so far. Currently, there are 28,82,204 active cases of Corona in the entire country.

After Delhi, the demand for more oxygen is also increasing in different cities and states of the country. Many major hospitals in Delhi are still facing an oxygen shortage. On the other hand, Rao Inderjit Singh, a minister in the central government, has demanded additional oxygen for Haryana.

Inderjit Singh has demanded the Central Government increase the oxygen quota of Haryana in view of the increasing number of patients in Haryana. Rao told the Center officials that patients from NCR and other nearby states are also reaching for treatment in NCR districts of Haryana, due to which the demand for oxygen is increasing in Haryana.

Is she gorgeous? Then why she is single?