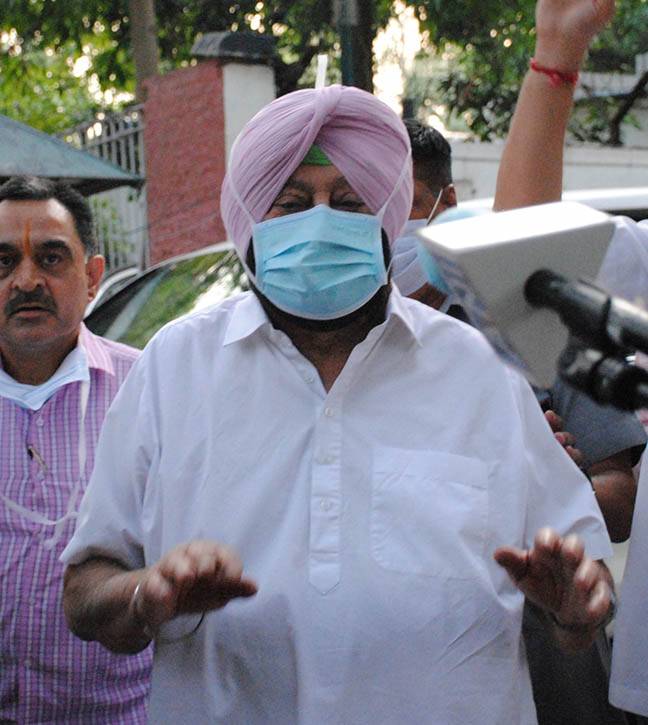 New Delhi | After Amarinder Singh stepped down as the Chief Minister of Punjab, former Congress President Rahul Gandhi held a meeting late on Saturday, in which party leader Ambika Soni, General Secretary Organization K.C. Venugopal was present. The meeting ended after midnight. Sources said the new chief minister and the strategy to pacify Amarinder Singh were also discussed. Ambika Soni is from Punjab and has been a senior leader. Sources also said that he may be made the chief minister till the elections are held as Soni has good relations with Sonia Gandhi.

Former Punjab Party president Sunil Jakhar is the frontrunner for the chief minister’s post, sources said, adding that the party wants to present a non-Sikh face ahead of the polls to take on the AAP, which is gaining ground in the state.

Sources say that the party wants a Sikh Navjot Singh Sidhu as the state Congress chief and a non-Sikh CM candidate in the elections. Other names include Pratap Singh Bajwa and Ludhiana MP Ravneet Singh Bittu.

A meeting of the Congress Legislature Party (CLP) was called here on Saturday to select the successor of Punjab Chief Minister Amarinder Singh, who resigned amid infighting in the party on Saturday afternoon, with the legislators unanimously passing a resolution as the interim party president. Authorized Sonia Gandhi to choose a new leader.

The party’s state in-charge Harish Rawat told the media that 78 out of the 80 MLAs, barring Amarinder Singh and one other member, authorized Sonia Gandhi to elect the new leader of the CLP.

“Two resolutions, one praising Amarinder Singh’s contribution to Punjab and the other authorizing President Sonia Gandhi to select the new CLP leader, were passed unanimously,” he said.

The party high command had deputed Ajay Maken and Harish Chaudhary as central observers for the CLP meeting with Rawat.

Facebook
Twitter
Pinterest
WhatsApp
Previous articleSidhu is anti-national, will fight if he is made CM: Amarinder
Next articleCharanjit Singh Channi took oath as the Chief Minister of Punjab, also became two Deputy Chief Ministers
Abid Ali
Sr. Content Editor & Social Media Manager at Janmat Samachar. Has Passion for writing about the Nation & the World and irrefutably telling about their issues to the masses.