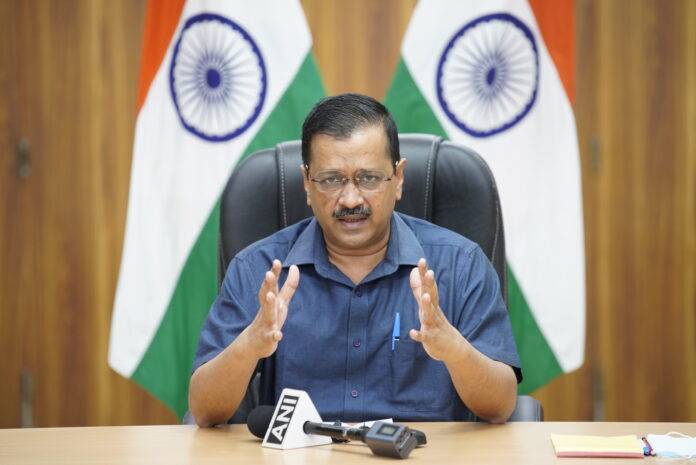 Chief Minister Kejriwal asked the central government why are you fighting with us. We are all Indians, if we fight amongst ourselves then how will we win from Corona. We have to fight against Corona, not everyone together.

The Chief Minister said, “The poor did not get their ration. Their ration used to be stolen. Then we fought to provide ration to the poor and we were attacked 7 times. For the last 75 years, the public has been a victim of the ration mafia. The scheme of door-to-door ration was to be started in Delhi from next week. It was a revolutionary scheme but the central government has stopped this scheme.

The Chief Minister said that our scheme has been rejected saying that we have not taken approval for this scheme from the Central Government. But this is wrong not once but 5 times have sought approval from the central government for this scheme.

According to Chief Minister Arvind Kejriwal, there is no need for us to take permission from the Center to implement this scheme by law. But we don’t want any controversy, so we have taken approval not once or five times.

The Delhi government said that we had named this scheme Mukhyamantri Ghar Ghar Ration Yojana. The Center had an objection to this, so we removed the word ‘Chief Minister’ from this scheme. We accepted all the conditions of the central government, yet this scheme was rejected.

Kejriwal has asked the central government that if home delivery of pizza, burgers, smartphones, clothes, etc. can be done in the country, then why should there not be home delivery of ration to the poor. The whole country wants to know this.

The Chief Minister told the central government that you said that the people of ration shops have registered a case in the High Court against the scheme of the house to house ration. The High Court has not yet given a stay against this scheme on the appeal of the ration shopkeepers, yet why the Center and the Lieutenant Governor stopped this scheme.

The Chief Minister said that there are many people who do not go to the ration shop to get ration in the atmosphere of Corona. Due to overcrowding there, people are at risk of getting infected. At the same time, there is no food ration in many houses. We wanted to deliver ration to every house, so what is the objection to the central government in such a situation.

The Chief Minister said that children may be most affected in the third wave of Corona. In such a situation, what would happen if their parents had to stand in the ration lines and the infection reaches the children. At the same time, there are so many elderly people who cannot go to ration shops. How many pregnant women are there who cannot go to ration shops? We want to help such people.