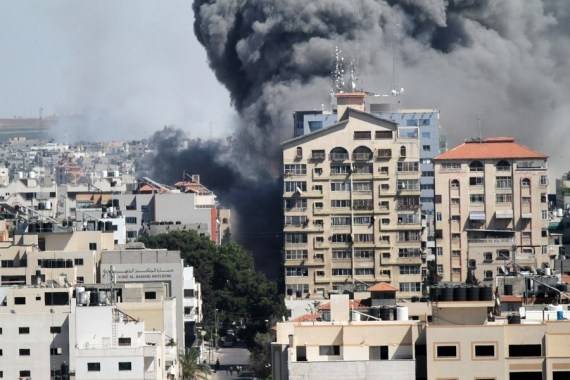 United Nations | Tensions between Israeli troops and Palestinian terrorist groups continue in the Gaza Strip. The United Nations Security Council (UNSC) has called for an immediate end to the bloodshed. In his opening remarks during the council’s open debate on Sunday, Secretary-General Antonio Guterres described the conflict as “absolutely horrific” and called for an immediate end, reported Xinhua.

He said, “The fight must stop. It should be stopped immediately. Rocket and mortar on one side and aerial and artillery bombardment on the other side should cease. I appeal to all the parties to heed this call. ”

The UN chief warned that the fight has the potential to create unbearable security and humanitarian crisis and to further fuel extremism. The UN chief said that this senseless cycle of bloodshed, terror and destruction must stop immediately.

During the meeting, China proposed a four-point resolution on the escalating conflict.

According to Foreign Minister Wang Yi, there are four points, ceasefire and violence end top priority, humanitarian aid should be an urgent need, international support should be an obligation and solution fundamental way.

US Ambassador to the United Nations Linda Thomas Greenfield said, “This past week’s human numbers have been disastrous. Hundreds of people have been killed and injured by rockets and airstrikes, including children. ”

After hundreds of Palestinians were injured in skirmishes with the Israeli police in East Jerusalem last week, Hamas, which ruled the Gaza Strip, launched rocket attacks against Israel, which responded to intense airstrikes against targets in Gaza.

Since 2014, about 200 Palestinians and about 10 Israelis have been killed in fierce fighting between the two sides.