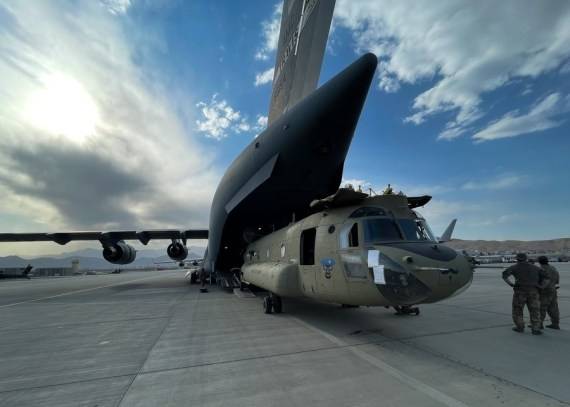 Kabul | The US Central Command announced that the withdrawal of US troops from Afghanistan was complete, ending the 20-year journey of a Washington-led force on the war-torn nation. “I am here to announce the withdrawal from Afghanistan and the end of the mission to evacuate American citizens, third-country citizens and vulnerable Afghans,” Commander Kenneth McKenzie of US Central Command announced during a news conference at midnight on Monday.

McKenzie said the completion of the withdrawal marked the end of the US military presence in the war-torn nation. In addition, the diplomatic mission will ensure that additional US citizens and eligible Afghans who wish to leave the country can leave the country.

Paying tribute to the 2,461 American service members killed in Afghanistan, including 13 soldiers killed during the August 27 Kabul bombings, McKenzie also told reporters that no American managed to board the last five evacuation flights from Kabul, Which means there are still some Americans wanting to leave the country.

“We would have prepared to bring them till the last minute, but none of them reached the airport and could not be brought along,” he said.

The general said that the number of American citizens currently trapped in Afghanistan is very small. He emphasized that the State Department is now in charge of assisting those in need.

“The military phase of this operation is over… its diplomatic sequel will start now,” he said.

The general said the US would continue to try to evacuate the remaining American citizens and would aggressively negotiate to bring eligible Afghans to Washington.

US media quoted a State Department official as saying earlier on Monday that it is believed that there are still fewer than 250 American citizens in Afghanistan.