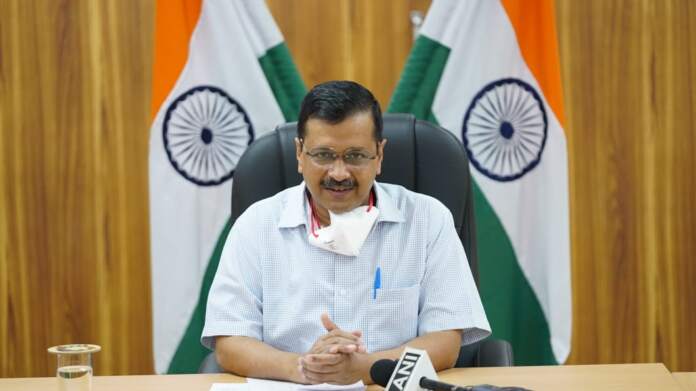 New Delhi| Delhi Chief Minister Arvind Kejriwal has appealed to the central government to make the corona vaccine formula public for all competent companies. Currently, only two companies in the country are manufacturing the Corona vaccine. According to Kejriwal, giving this formula to other companies will also produce more vaccines and all can be vaccinated. He also expressed concern that Delhi has a vaccine left for the next few days. Chief Minister Arvind Kejriwal said on Tuesday that the vaccine has become a major challenge. Today, only two companies are making vaccines. These two companies together produce only six to seven crore vaccines per month. It will take more than two years for all the people of such a country to apply the vaccine. Till then Kovid does not know how many waves will come, How much will be wasted Therefore, it is important that we produce vaccines in India on a war footing. Make a national plan to apply vaccines to every citizen of the country in the next few months.

Kejriwal said I want to make a suggestion today that only two companies do not do the work of making the vaccine. Many companies should be used to make vaccines. The Central Government should take the formula of making vaccines from these two companies and give it to all the companies who can make this vaccine in a safe manner.

Chief Minister Arvind Kejriwal said that you will remember when the first wave of Corona came when there was a shortage of PPE kits. Imagine if only two companies were allowed to make PPE kits then how would such a PPE kit be available today. Today many Indian companies are making PPE kits. So we do not depend on anyone else for PPE kits.

He expressed confidence in the industrialists and scientists of India and said that “India has the best industrialists and scientists.” Of course, I can say that if they are given the opportunity, they will definitely give their support in making the vaccine. As royalty, we can give a part of the profits of these companies to the companies that have prepared their basic formula. This is necessary to provide a protective shield to every citizen of India. ”

The Chief Minister says that “Right now we are doing 1.25 lakh dose vaccination every day.” Soon we will start vaccinating more than 3 lakh people every day. Vaccination of all the people of entire Delhi will be done in the coming 3 months. But the problem is that we now have only the vaccine left for the next few days. This problem is all over the country. There are some states where vaccination of youth has not even started due to lack of vaccine.