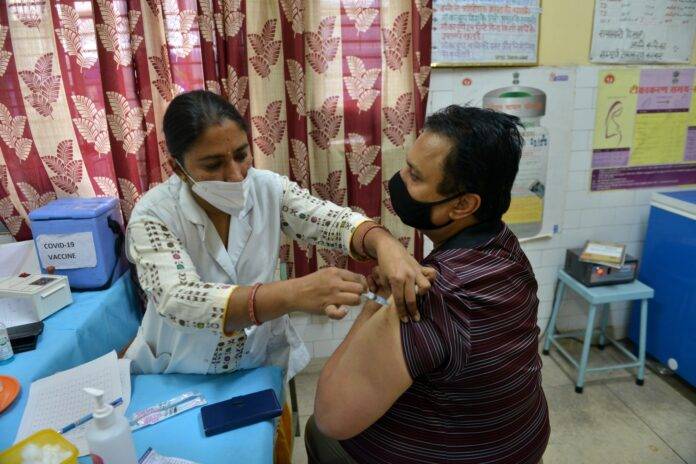 New Delhi| More than 50,000 vaccinations are being done on a regular basis in Delhi for a few days, but the national capital may face a vaccine shortage next week, as it is now in stock for only six-seven days. This issue was discussed in a review meeting chaired by Delhi Chief Minister Arvind Kejriwal on Thursday to get the real information about the status of coronavirus in the city and the vaccination exercise.

“The health authorities informed the Chief Minister that the vaccine stock is available only for the next 6-7 days,” a Delhi government statement said.

Delhi is one of the states that have reported a shortage of vaccines and has sought another consignment from the Center. Other demanding states include Maharashtra, Chhattisgarh, Odisha, Andhra Pradesh, Punjab, Rajasthan, Jharkhand, Uttarakhand and Assam.

While Maharashtra, Chhattisgarh, Odisha, Andhra Pradesh and Jharkhand had complained that they were facing a shortage of vaccines, reports emerged from several other states that vaccine centers were closing early or due to inadequate supply to people. Have to return.

If the Center fails to provide it, then Delhi may face a vaccine shortage. However, the Center on Wednesday dismissed reports of lack of vaccine in the country.

On the other hand, a meeting chaired by Kejriwal also discussed several steps taken by the Delhi government to improve the health infrastructure in the city.

The meeting also discussed increasing the bed capacity in hospitals in Delhi and many other infrastructural needs.

The Chief Minister said that the focus of the Delhi Government is to increase the bed capacity, which will ensure adequate treatment for those who need immediate assistance.

Lucknow| The Uttar Pradesh Government has directed officials to take action against unrecognized madrasas. According to a report submitted by the district magistrates to the...
Read more
Top Stories

Everything You Wanted to Know About mega city’s