Home Top Stories 80.43 percent polling in the second phase of the assembly elections in...
Top Stories

80.43 percent polling in the second phase of the assembly elections in Bengal 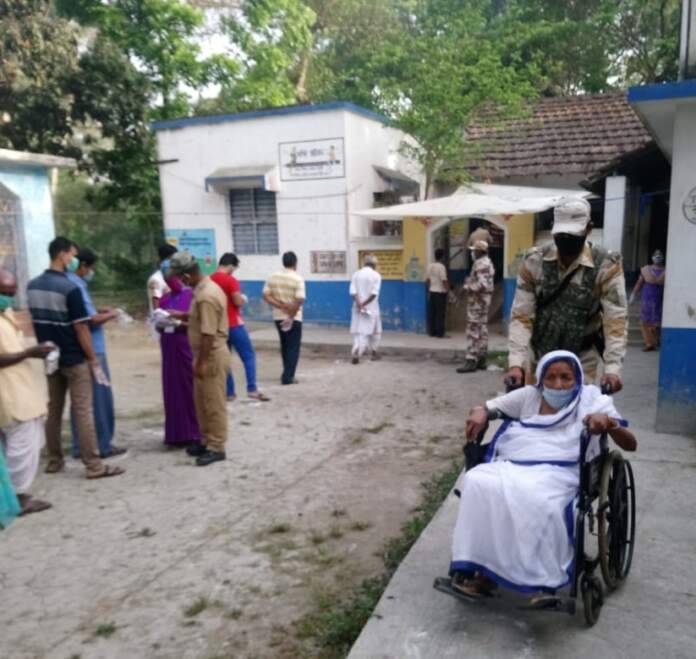 Kolkata| On Thursday, around 80.43 percent of voters exercised their franchise, according to the Election Commission’s Voter App, amid reports of violence during the second phase of voting in West Bengal. At the end of the voting on Thursday evening, both the BJP and the ruling Trinamool Congress claimed to win elections in other areas, including high-stakes Nandigram. In Nandigram, Chief Minister Mamata Banerjee is pitted against Shubhendu Adhikari of BJP.

Hours before polling began in Keshpur in West Medinipur, Uttam Golai alias Golu, a Trinamool Congress worker, was murdered outside the party office. The Trinamool has accused the BJP of killing Golu.

Violence also took place from some other parts of other districts. A woman polling agent of BJP was allegedly beaten up by Trinamool workers at booth number 173 of Keshpur.

BJP leader Tanmay Ghosh’s car was pelted with stones in the Keshpur assembly constituency. He has been kept under heavy security after the BJP candidate threw stones at his car.

Bubonic plague china: What is Black Death? How does the infection occur? Find out