After making its India premiere at IFFI Goa, Prakash Jha’s next, Pareeksha- The Final Test, to make its UK premiere at London Indian Film Festival 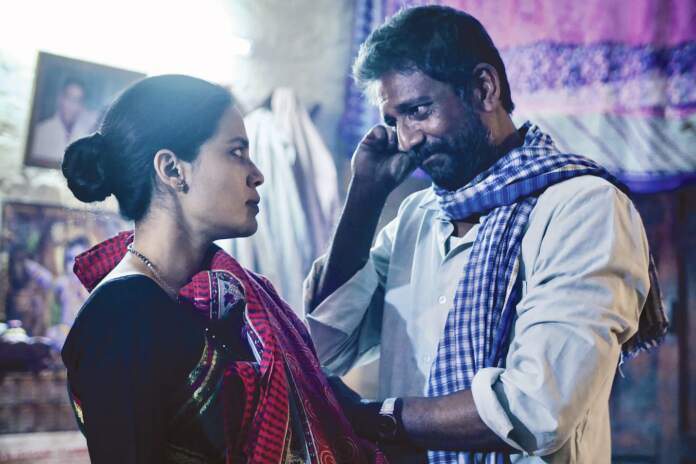 The films starring Adil Hussain, Priyanka Bose (Lion), Sanjay Suri and child actor Shubham Jha, will be streaming as an original on Zee 5.

Written, directed and produced by award-winning filmmaker, Prakash Jha, Pareeksha which is Inspired by real events, makes a sharp comment on the education system of our country. The good quality education which has become the monopoly of the rich, remains inaccessible to the masses further dividing our society.~ It’s a story of ‘Bucchi, the rickshaw puller whose biggest dream is to provide decent education to his son and this dream takes him on a dangerous path, which could shatter all that he holds dear.


Internationally acclaimed actor, Adil Hussain who plays Bucchi, the rickshaw puller in the film says,  “I am absolutely thrilled that Pareeksha is being screened at the London Indian Film Festival. Pareeksha is a very important film of our time, which tells a story of a Brilliant Boy being deprived of his right to education due to his poverty stricken family. The far-reaching consequences of such a situation is disastrous! The Covid19 Has locked us all in. The OTT platforms are serving as the windows to the world of stories. But good Stories matter a lot. It shapes our worldview. Pareeksha is such a story, which will stir your heart. And make feel better, that you witnessed something you thought not possible! Watch it on Zee5.”

The actress of Oscar nominated, Lion Priyanka Bose who plays Radhika, the wife of the rickshaw puller, in the film says, “Pareeksha is a special film. I want to thank LIFF team for inviting our film. It brings a simple story and an important message across to the audiences. I’m super thrilled that this special film has found a platform like Zee. It’s such a wide audience. This film reaches out in such a positive way.”

The actor Sanjay Suri says, “Pareeksha is a film with its heart in the right place. A father who aspires to educate his child, a child who has the seed of a genius and an officer who waters that seed for it to grow. With adequate opportunity many can bloom and that’s the message I carry from the film.”  He adds, “It was wonderful working with Prakash Jha, Adil , Priyanka Bose, Shubham , Sachin Krishn ( DOP ) and all the other crew members. I love Prakash Jha’s very early morning shifts and early evening pack ups, it goes with my natural rhythm. Was a pleasure.


Cary Rajinder Sawhney MBE, Executive & Programming Director, Bagri Foundation London Indian Film Festival (LIFF) says, “ We are delighted to host the UK Premiere of film Pareeksha, whose compelling social concern theme aligns well with the Bagri Foundation London Indian Film Festival’s principles of championing the realistic experiences of everyday people’s lives in South Asia. We are also delighted to be working again with both the acclaimed director Prakash Jha and the film’s multi-talented lead actor Adil Hussain who will also be giving an ‘In Conversation’ on our site www.loveliffathome.com”

Talking about both the premieres Prakash Jha says, “We are thrilled to make our UK premiere with LIFF which is one of the finest overseas film festival showcasing Indian films. I am looking forward to seeing how the UK audiences respond to my film Pareeksha. I am glad that the film has found a wonderful home in OTT platform Zee 5.”

Talking about the inspiration behind the film the writer-director-producer-actor, Jha says, “The film is inspired by the real events and people. Shri Abhayanand is an IPS officer and educationist who while serving as the Police Chief in Bihar’s Naxal infested areas, came across kids from those villages who were so bright with their native wisdom that they inspired him to begin coaching them to crack the IIT-JEE… the toughest exam/test which the young students must clear to be able to join one of the best educational institutes in the country. Their success had a great impact in the crime infested badlands of Bihar and made a difference.”


Shri Abhayanand, who is a Physics graduate continues to conduct free tutorials and has now taken his social experiment to a wider forum so that more underprivileged and talented children from minority communities can also benefit from it. He continues to academically support the hugely successful Rahmani 30 classes. He says, “I had in one of my conversations with Prakash Jha ji mentioned having met mathematically talented village urchins who couldn’t even afford going to school in the Naxal belt of Aurangabad in Bihar. I started a special project of coaching such children who could make their way to IIT/NIT.Prakash ji requested me one day to associate with him and help in the script writing and dialogue specially relating to the physics questions. I felt happy that Prakash ji was making a film on this sensitive socio economic theme.I have seen this film end to end. The film is not a biopic but has brought the sensitivity involved in the issue at hand in all dimensions possible. May this film find its rightful place in the social niche it portrays.”

Ultima Protek, with its Lamination Guard & 10 year warranty, saves the day for Matchmaker Ranbir Kapoor, who traverses through a town that takes...
Read more
Entertainment

Some people want to see girls on camera only without clothes: Bella Thorne

Los Angeles: Actress Bella Thorne claims that she feels quite uncomfortable while shooting intimate scenes, though Bella has previously directed an adult film herself. According to...
Read more
Entertainment