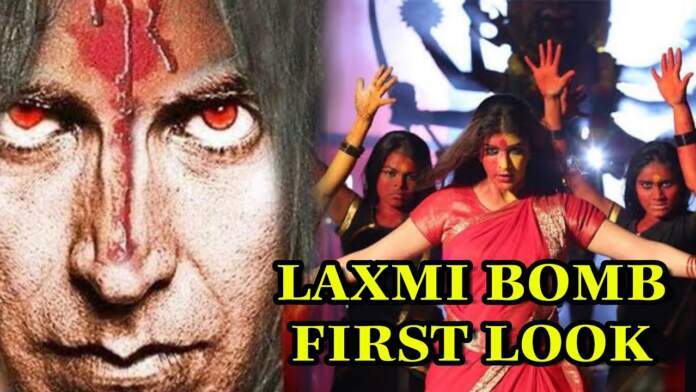 Akshay Kumar upcoming horror comedy Laxmmi Bomb is one of the most awaited films of the year & Laxmi Bomb trailer is out. The film is directed by Raghav Lawrence. It will be release on ott and hotstar release date is coming. Kiara Advani will also be seen in this film. Akshay Kumar Laxmi bomb release date in theaters was on May 22. However, due to the coronavirus pandemic, it took the OTT route. During the Disney + Hotstar live event this evening, Akshay shared two film posters while making the official announcement.

Talking about his experience, Akshay Kumar said, Laxmmi Bomb was a mentally intense role. There was newness in this character like never experienced before. I also took a number of retakes to give the right shot. “Akshay Kumar Instagram said that Raghav gave him a chance to experience something new with the film.

Speaking about playing the transgender character, he said, “I would like to thank my director Lawrence Sir. He identified a hidden existence in me that I was not aware of. This character is different from all those characters, Whom I have ever painted.”

Akshay Kumar further said that despite doing so many films, I was really excited to be on set every single day, and to learn more about myself, pushing my limits. He further said this film has taught me to make my thoughts on gender equality more powerful. Be whatever you want in life, but don’t be ignorant. After all, humility, kindness is the key to peace. ”

Laxmmi Bomb was supposed to be released on Eid (May 22), but that did not happen due to the worldwide outbreak of coronavirus. Hotstar release date is not confirmed but it will be released on OTT platform only.

Manoj Bajpayee was about to commit suicide, won many awards

The harmful ultraviolet rays emitted during solar eclipse can damage the eyes. Children should be protected from this because this damage to...
Read more

New Delhi: Indian Government has ban TikTok, Shareit, UC Browser including 59 Chinese apps and will be blocked as reported by Defence Of India. In...
Read more

Sushant Singh film “Dil Bechara” will be out… Exclusive Trailer inside!

The demise of young actor Sushant Singh Rajput shocked everyone in the industry. Dil Bechara will be Sushant's upcoming movie on Hotstar as OTT...
Read more