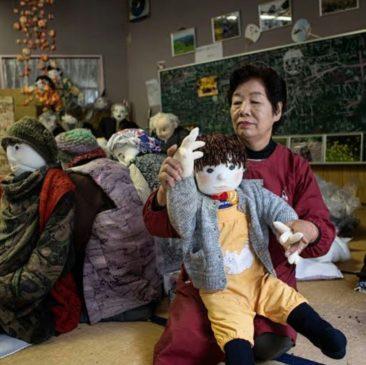 Japan : Whoever has come to this world, it has to go one day. This is fixed and this is the rule of nature, which has not changed till date. When the death of the person (Death), the funeral of the body is done according to the customs of different religions. But have you ever heard that a cusk dolls have the funeral or have you ever seen it? Probably not, but it’s going to happen and it’s going to be a company of juice.  

Therefore, people there are wrong to put them in the garbage.   The company named ‘Human Love Doll’ is doing this work. Many photographs have been posted on the company’s website, which shows that the females are covered with flowers from all around. Every saliva is about 2 thousand worth of sex doll sales in Japan. Not only that if someone wants that sex dolls are not killed in the machine, they can also choose the second option of funeral by paying more money.

NEW DELHI| Air pollution levels in the national capital Delhi rose from 'bad' to 'very bad' as the day climbed on Friday. According to the System...
Read more
Janmat Samachar

CM visits DDU Hospital to review Corona preparedness, meet doctors and hospital administration to discuss the augmentation of ICU beds and other facilities

Govt Working to Make India an Automobile Manufacturing Hub in Next 5 Years:Nitin Gadkari

MUMBAI| A Mumbai court on Monday granted bail to comedian Bharti Singh and her husband Harsh Limbachia in a case filed by the Narcotics Control...
Read more

All you need to know about penalty shootouts