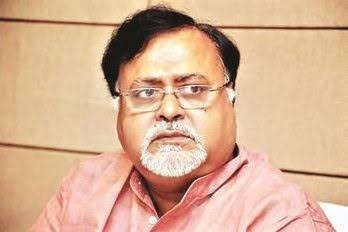 The Bengal government on Monday formed a six-member committee to study and share observations on the new education policy approved by the Union Cabinet, two days after Education Minister Partha Chatterjee slammed it as a “copy of the system prevalent in western countries”. Vice Chancellor of Jadavpur University Suranjan Das, retired professor and TMC MP Sougata Roy and educationist Pabitra Sarkar are among those who are a part of the panel.

Talking to reporters, Mr Chatterjee said the new committee will scrutinise the points mentioned in the new policy, and submit its report to the state by August 15. We will also seek views of school teachers and varsity professors on the matter. Once the committee submits its report, following careful observations, we will convey our opinion on the new policy to the Centre,” he said.

Mr Chatterjee had on Saturday hit out at the Union government for formulating the new pattern of learning without taking the states into confidence or parliamentary approval.
“I wonder how they (Centre) can think of enforcing it without any discussion in the Parliament or with the states. This is unilateral,” he had said.

According to the draft policy, students will have to take school examinations in grades 3, 5 and 8, which will be conducted by the appropriate authority.Board exams for Grades 10 and 12 will be redesigned.

LUCKNOW| The colleges and universities of Uttar Pradesh will reopen from 23 November. Higher educational institutions closed since 8 months due to the epidemic will open...
Read more
Delhi

NEW DELHI | The Supreme Court on Tuesday refused to hear the petition urging the 10th and 12th standard examination fees to be waived this year. It...
Read more
Delhi

Students who did not know how to login last month are now making games: Computer teacher in Delhi Govt school

Delhi Deputy Chief Minister and Education Minister Manish Sisodia interacted with the students and teachers of Delhi government schools to review the progress of...
Read more

Paris Eiffel Tower corona news: A small queue started to form again this Thursday, June 25, under the arches of the Eiffel...
Read more

actress Rhea Chakraborty, who is rumoured to have been dating the ‘Kedarnath’ actor, was interrogated by the Mumbai Police for nine hours straight. During the...
Read more