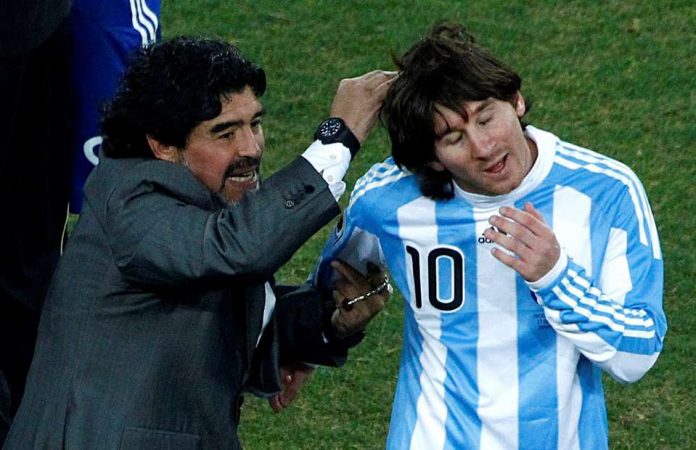 Diego Maradona was born 30 October 1960 and grew up under poor conditions in Villa Fiorito near Buenos Aires as the fourth child of Tota and Chitori Maradona.

Maradona is regarded as one of the greatest ever footballers to have played the game, and was awarded as the FIFA Best Player of the 20th Century.

At 15 years old, Maradona made his official debut for Argentinos Junior’s first team and became the youngest player ever in the Primera. A few months later, he made his debut in the Argentina national team, in a friendly against Hungary.

Maradona captained the Argentina national football team 16 times, and led his nation to the World Cup title in 1986. He has recorded 8 goals and provided 8 assists in 21 World Cup appearances. Maradona was the second-highest goal-scorer from Argentina in the World Cup finals.

Maradona’s lawyer said the football legend died of a heart attack. Argentina’s Football Association also confirmed the news on social media. “The Argentine Football Association, through its President Claudio Tapia, expresses its deepest sorrow for the death of our legend, Diego Armando Maradona.

Apple said its latest iOS 14 software will be released on September 16, ahead of the company’s release of the next-generation iPhones. Let's check...
Read more

BULANDSHAHR (UP)| A 15-year-old Dalit teenager who was allegedly set ablaze in Bulandshahr has died in Delhi's RML Hospital. This information was given by the police...
Read more