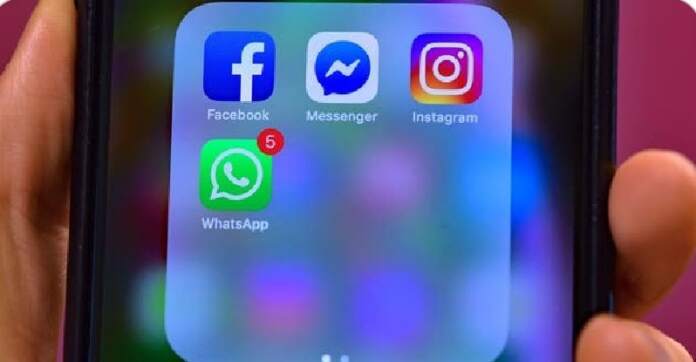 New Delhi| Facebook, WhatsApp, Instagram and Messenger were shut down for millions of users, including in India, on Monday evening due to a major global outage, leaving them unable to send or receive messages on the social media platform. Facebook communications executive Andy Stone said in a tweet, “We know that some people are having trouble accessing our apps and products. We’re working to get things back to normal as quickly as possible, and any inconvenience caused.” We apologize for that.”

People took to Twitter to report the problems they were facing with the Facebook Family app, including posting memes and GIFs.

A message appeared on the Facebook website saying, “Sorry, something went wrong. We’re working on it and we’ll fix it as soon as possible.”

Another tweeted, “Everyone is running on Twitter to see if WhatsApp is really down.”

In April, Facebook and Instagram shut down for a few hours to millions of users in different parts of the world. The outage was the second in less than a month for the social networking giant.

Facebook
Twitter
Pinterest
WhatsApp
Previous articleAfter Mamata’s victory, BJP fears that many of its MLAs will go to Trinamool
Next articleSmt Lekhi visits and motivates JJ Cluster area Residents about the Swachhata and Say ‘No to Single Use Plastic’.
Abid Ali
Sr. Content Editor & Social Media Manager at Janmat Samachar. Has Passion for writing about the Nation & the World and irrefutably telling about their issues to the masses.

New Delhi| One of the highlights of the Republic Day parade was the flypast by the Air Force ships. State-of-the-art fighter aircraft like Sukhoi and Rafale...
Read more
Technology

New Delhi: On Twitter, a number of Ola electric scooter riders have voiced complaints about the car's front suspension after several of them got...
Read more

Beauty and Boldness is the best thing today