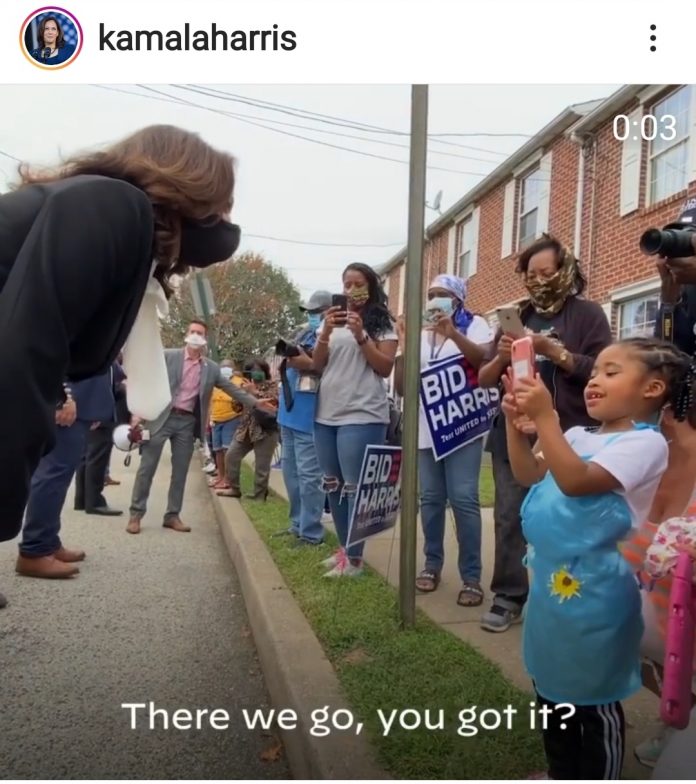 NEW YORK: Kamla Harris, who was elected the first Indian and black American Vice President of America, arrived on stage wearing a white pantsuit, gave a stunning speech of victory. Missed his mother and spoke of ‘dreams seen with ambition’ and Joe Biden’s ‘courage’ to choose the woman as his partner in the election.

Harris arrived on a motorbike with red and blue lights, indicating that the White House is now run by Donald Trump-Mike Pence. In his talk, Harris reflected on the incredible promise of multicultural America.

“I may be the first woman in this office, but I won’t be the last,” Harris said, referring to the rules for voting women 100 years ago and electing women to powerful political positions in the country 55 years ago.

Like every special occasion, Harris also thanked her mother Shyamala Gopalan, saying, “The most credit for my presence here today goes to my mother. When she came here from India at the age of 19, Perhaps he had not imagined the moment. Every little girl will see tonight that it is a country of possibilities. “

Regarding Joe, she said, “The specialty of Joe’s character is that he breaks the barriers with his courage, breaking a key hurdle by choosing a woman as the vice-presidential candidate. When I first got into this office If I can be a woman, then I will not be the last. Tonight every little girl will see that this is a country of possibilities. Regardless of gender, our country has sent a clear message to the children to dream with ambition, with strong faith. Go ahead and go the paths that were not easy for others, we will appreciate you at every step. “

After the epidemic, Saturday was the day of celebration in the country. Americans celebrate victory at every street-intersection. People were shaking hands, singing, dancing from cars and balconies, just as it did in the 2008 Obama victory.

Harris said, “The last 4 years when Trump was president, I was in a cave, it was very dark, now I came out of the cave.”