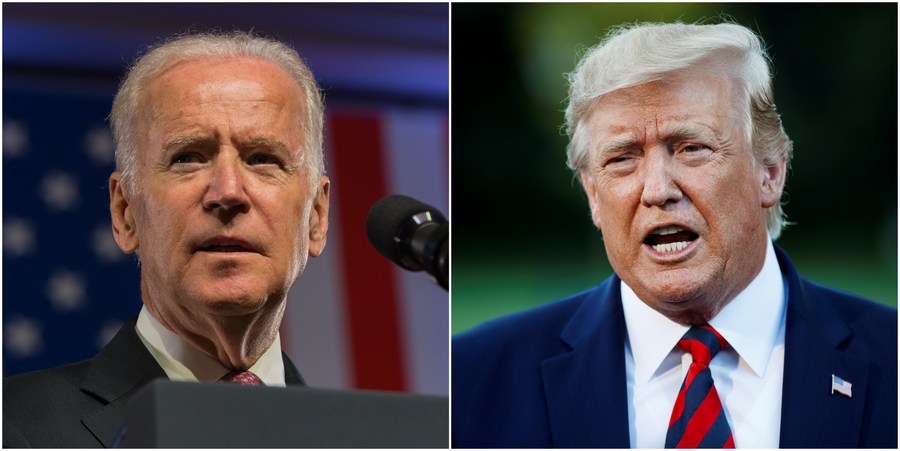 NEW DELHI | The Indian-origin community living in the US has seen a greater inclination towards Democratic presidential candidate Joe Biden from the Democratic Party. Kamla Harris of Indian origin is the Vice Presidential candidate from the same party. However, the support of people of Indian origin towards President Donald Trump has also increased in double digits. This has been revealed in a voter survey. According to the Asian American Voter Survey (AAVS), 66 percent of Indian Americans support Biden, with 28 percent supporting Trump.

But since 2016, Trump’s support has increased by 12 percent.

If we talk about the 2016 elections, according to the National Asian American Survey, Trump’s presidential candidate Hillary Clinton received 77 percent of Indo-American votes in front of Trump, while Trump was only 16 of the Indians living in America. Only a percentage of votes could be achieved.

There has been an 11 percent drop in support for the Democratic Party over the last four years.

However, Biden still continues to lead the way with trumps among Indian-Americans with a margin of 38 percent.

RealClear Politics’s aggregation of national elections on Wednesday showed Biden with a lead of only 5.9 percent, compared to 43.1 percent for Trump with 49 percent support.

Speaking in a panel discussion during the release of the report on Tuesday, Neeraj Antani, a Republican member of the Ohio state legislature, attributed his visit to India in February and his friendship with the prime minister for increasing Trump’s support among Indian Americans.

“Biden’s opposition to those issues has polarized the community,” he said.

Explain that Biden had opposed the CAA (Amendment of Citizenship Act), the abolition of Article 370 from Kashmir and other issues.

Democratic member Raja Krishnamurthy said, “This is a matter of concern for Democrats. The Biden campaign needs to be particularly circumspect. A strong outreach must be conducted for the Indian-American community.” However, he hoped that these voters would come out in support of the Democratic Party. Because he is more worried about Corona.

He said, “As a member of the House Intelligence Committee, I can tell you for a fact that our national security is linked to India’s security, because the China factor and the US-India relationship are going to increase further.” “

Kamala Harris’ influence is not fully included in the AAVS, as she was announced as the vice presidential candidate on 11 August, while the survey was conducted between 15 July and 10 September.

Krishnamurthy believes that Harris’s nomination will prove to play a major role among the Indian community.

The survey has revealed that 98 percent of Indian-Americans plan to participate in the elections in November. At the same time, 58 percent said that they are more excited about voting this year.

The percentage of those who consider themselves Democrats has increased from 46 percent to eight percent to 54 percent in the 2016 survey.

The survey showed that Indian-Americans are very liberal in their approach both politically and socially.

Lorem Ipsum is simply dummy text of the printing and typesetting industry. Lorem Ipsum has been the industry's standard dummy text ever since...
Read more
Features

Lorem Ipsum is simply dummy text of the printing and typesetting industry. Lorem Ipsum has been the industry’s standard dummy text ever...
Read more