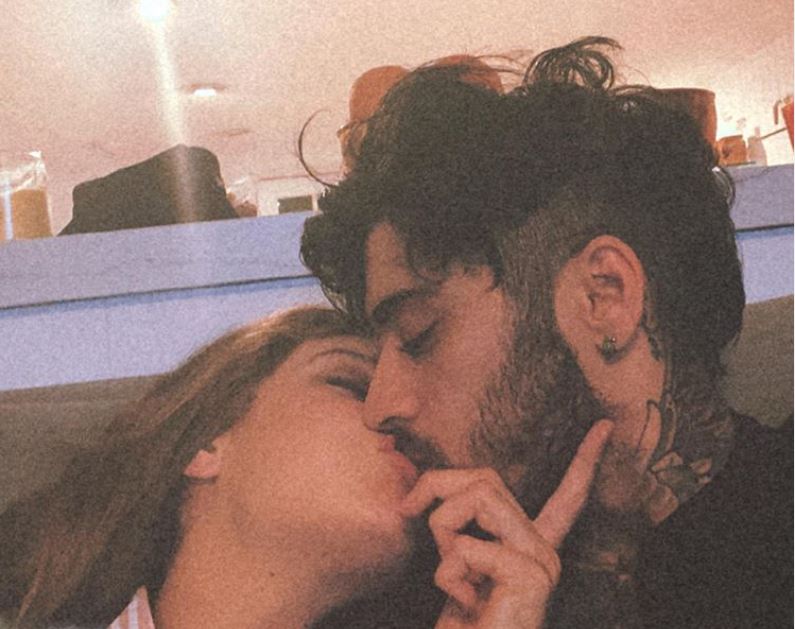 The pregnant supermodel Gigi Hadid and former One Direction member Zayn Malik have been known to keep their relationship private since they began dating in 2015 but on July 31, the couple delighted fans on Instagram when Hadid posted a photo displaying some Rare Kissing or smooch Photo with Zayn Malik.

The model who is expecting her first child with the musician leaned in for a passionate kiss or smooch while staying in amid the pandemic. “baby daddy,” she gushed in the caption alongside a smiley face.

Pregnant Gigi Hadid kissing: The image, which she captioned “baby daddy,” shows Hadid lovingly grab her boyfriend face to give a passionate smooch or kiss on his lips.

Hadid showed off her baby bump

Hadid gave her fans a candid moment at her personal life. In July, she showed off her baby bump for the first time on social media platform Instagram and told why she hasn’t been documenting most of her pregnancy journey on social media until now. Gigi Hadid and Zayn malik are in a relationship and were dating since many months.

“I will be sharing stuff like that in the future,” the mom-to-be explained. “I just am not rushed to do it, and I feel like right now I just want to experience it….I just don’t want to worry about waking up every day during my pregnancy and, like, worry about having to look cute or post something.”

Last week, Hadid also shared pictures of her newly revamped New York City apartment. Alongside a 10-slide post, she said the home makeover came together right before she quarantined out of the city.

Facebook
Twitter
Pinterest
WhatsApp
Previous articleRajya Sabha member Amar Singh died in Singapore due to kidney disease
Next articleWilford Brimley, Quaker Oats and Cocoon Star, passes away at 85 due to Kidney ailment
Abid Ali
Sr. Content Editor & Social Media Manager at Janmat Samachar. Has Passion for writing about the Nation & the World and irrefutably telling about their issues to the masses.

Delhi: Oxygen will be delivered to the corona patients’ home