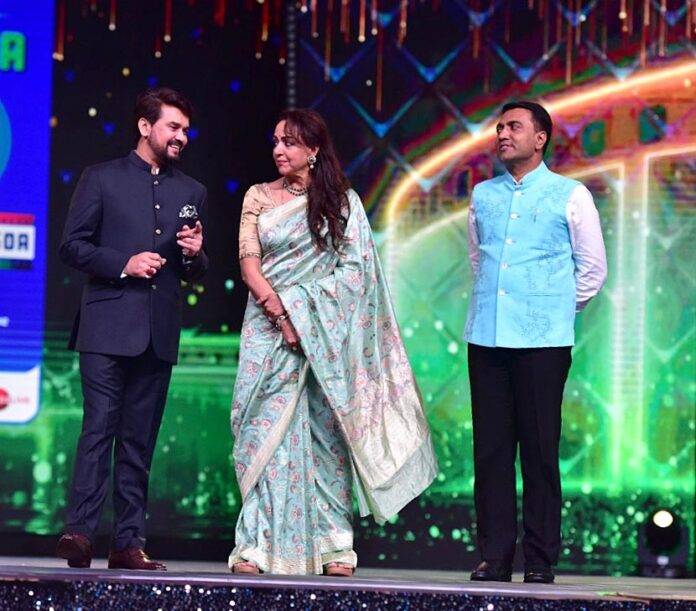 Panaji | Goa Chief Minister Pramod Sawant on Saturday revealed that ‘Sholay’ was his all-time favorite film and Kamal Haasan starrer K. Balachander film ‘Ek Duje Ke Liye’ was one of the best films to be shot in his state. Soon after delivering his speech at the opening ceremony of the 52nd International Film Festival of India (IFFI) on Saturday, November 20, Sawant along with the host of the show, Bollywood producer-director Karan Johar, rapid-fired Q&A to the delight of the audience. attended the session.

Asked about the association between Goa and IFFI, the Chief Minister said film stars and everyone else were waiting for the festival to start in Goa.

Sawant said that the state was hosting the festival for the last 17 years, but this year it was special due to the efforts of Union Information and Broadcasting Minister Anurag Thakur.

What was it about this IFFI that excited him the most? Responding to this, the Chief Minister said that this was the first program after the Kovid-19 epidemic, in which 75 film stars are participating.

“I think in the next nine days more film stars will come to Goa, which we have been seeing for a long time,” he said.

Karan asked the Chief Minister to make a list of three things that he liked the most about Goa. Sawant replied, “I like the whole of Goa. But then, firstly, I like communal harmony here. The second thing I like about Goa is the high literacy rate and the third is Surya,

During the conversation, Karan revealed that Rohit Shetty (recently in news for ‘Sooryavanshi’) shot every film of his in Goa, as he considers the state a lucky place for him. Praising Shetty and his blockbuster films, Karan said, “He has really cemented Goa in the memory of cinema-goers across the country and the world.”

Facebook
Twitter
Pinterest
WhatsApp
Previous articleIndia is poised to become a hub of the cinematic ecosystem: Anurag Thakur
Next articleNDMC awarded 1st ranking for being cleanest ci in country in the category of 1-3 lakh population under Swachh Sarvekshan 2021
Team Janmat Samachar