Home Entertainment India is poised to become a hub of the cinematic ecosystem: Anurag...
Entertainment 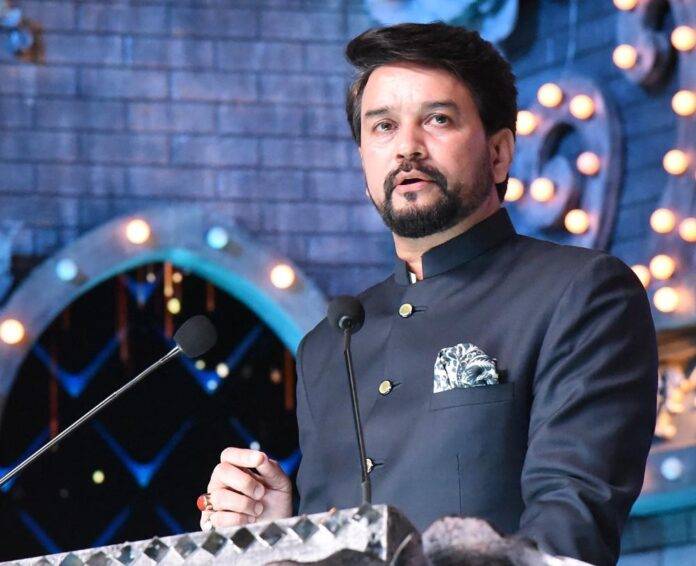 Panaji| Union Information and Broadcasting Minister Anurag Thakur on Saturday called for transforming India into a world cinema destination and a global hub for post-production of films. Addressing the inaugural session of the 52nd International Film Festival of India (IFFI), Thakur also said that with India’s unique combination of culture and commerce, the country is poised to become the epicenter of the global cinematic ecosystem.

In his speech, Thakur said, “India can captivate the world by telling the story of India. The story of billions of emerging, powerful, vibrant people ready to lead the world the Indian way. Also, employment in the film and entertainment industry.” There are huge opportunities for us as we leap into the digital age of content filmmaking and don’t forget about film collections for generations to come.”

The Minister said that India is in a position to capitalize on the youth engaged in film production. He explained that these young people are “powerhouses for creating fresh content and creating new stories”.

Thakur said, “The media and entertainment sector is based on three unique propositions that India has to offer. Abundant and capable labour, ever-increasing consumption expenditure and a diverse culture and linguistic heritage are with you and largely powered by mobile, internet And there’s digitization.”

The Minister emphatically said, “India is poised to become the epicenter of this cinematic ecosystem with this unique combination of connectivity, culture and commerce. Today, the story of India is being written and defined by Indians.”

Mukesh Ambani gets ahead of Warren Buffett in fortune! Ambani is now 8th richest in the world