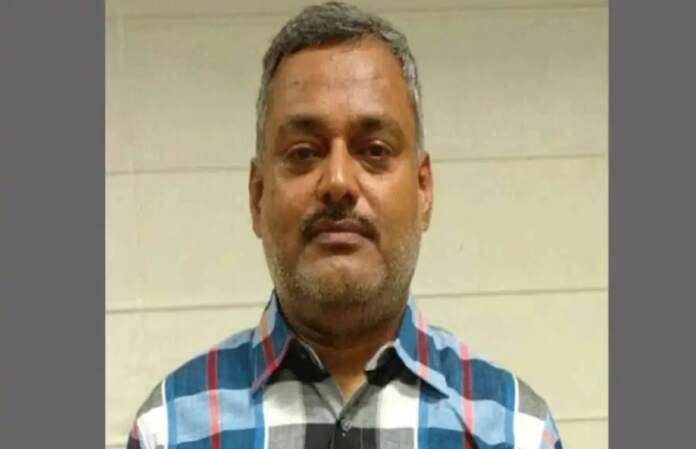 Vikas Dubey,History sheeter, who carried out the killing of eight policemen in Kanpur, Uttar Pradesh, had a deep connection with the world of crime. Due to the patronage of politics, his crime flourished. For his protection, he also kept politics as a cloak. History sheeter Vikas Dubey is the prime accused in the 2001 rank of Minister of State Santosh Shukla murder. In the year 2000, Vikas was also named in the murder of Siddheshwar Pandey, assistant manager of Tarachand Inter College located in Shivli police station area of ​​Kanpur.

Vikas is accused of conspiring within the jail in the case of murder of Rambabu Yadav in 2000 in Shivli police station area of ​​Kanpur. There are 60 criminal cases against him.

Vikas is also accused in the 2004 cable businessman Dinesh Dubey murder case. In 2018, Vikas Dubey carried out a deadly attack on his own cousin Anurag. During this time also Vikas was in jail and from there all the conspiracy was hatched. In this case, four people, including Vikas, were nominated by Anurag’s wife.

History sheeter Vikas Dubey has a heinous criminal history. Since childhood, he wanted to become a badass badass in the world of crime. That is why he formed his own gang and started robbery, robbery, murders.

Vikas Dubey had entered the world of crime at an early age. Vikas, who took many new young comrades along, became a wanted criminal in Kanpur city and countryside. In the elections, the price of his terror and terror was also determined to win the defeat.

Manoj Shukla, brother of the deceased Minister of State Santosh Shukla, who has been the former BJP District Vice President of Kanpur Dehat. “Vikas Dubey is a very vicious criminal. He has been constantly escaping due to his political patronage. He murdered our brother Santosh Shukla inside the police station on 12 October 2001.

Witnessed about 25 at that time. There were more policemen. But he was also acquitted in this case due to political patronage. He joined the BSP to protect himself in 1995- 96. After this, the District Panchayat became a member. After this his wife Zilla Panchayat Has fought the SP’s support. For 20 years, his political infiltration has to be strong behind the conviction in any case so far. ”

Manoj Shukla said that “Some leaders of our party were patronized even at the time of the murder. It is not right to take the name. Vikas Dubey was acquitted in this case in 2005. The police did not bother to testify, hence justice cannot be found.” Could. To save himself, the political cloak is clad.

He has now fought the administration. Action on it will be decided as it has fought the administration and the government. There were 45 cases against him when Bhaiya was killed. . Its occupation was to grab land, snatch money, loot the car. It worked for many leaders in panchayat and civic elections and has links with all the major parties in the state.”

Senior journalist Pranshu Mishra explains that “Vikas Dubey used to speak in the world of crime after Santosh Shukla was murdered inside the police station in 2001. Pranshu Mishra said that it enjoyed political patronage of every party. That’s why 20 years despite so many prosecutions Could not do anything with it. It considers itself a dawn. It used to speak in its Kanpur countryside area. The Kuu Bizail young man considered it as his role model. Its system was also infiltrated inside.” Pranshu Mishra said he was very dauntless.

Director General of Police Hitesh Chandra Awasthi has also told that “Vikas Dubey is a very vicious criminal. He has 60 criminal cases registered. He is also a history sheeter. There are 307 cases registered against him.”

New Delhi: A blind robbery was solved with the arrest of three robbers within 24 hrs by the team of ps burari 03 budding robbers...
Read more
Crime

Now a long-lasting battery will be made in India, 18 thousand crore PLI incentive approved