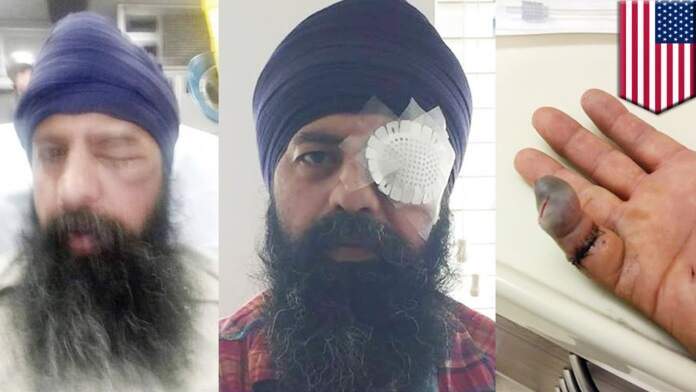 Eric Breemen damaged several items in the shop and repeatedly told the couple “go back to your country.” When Eric Breemen left the store, Singh followed him outside to take a picture of the car’s license plate, so that he could report the abuse. However, Eric Breemen hit Singh with his vehicle, causing him to fall several feet away in the parking lot. Singh was badly injured in this attack.

After his arrest, Eric Breemen told police that he had attacked an “Arab” man. The civil rights organization said Bremen’s preliminary hearing date has been set as July 24. In a statement issued by the Sikh coalition, Singh said, “After repeatedly telling my wife and me to go back to our country, the attacker violently boarded his car on me.

The attacker thought I was different, and because of that he believed it was okay to kill me. But this community is my home, and that is why I am asking the authorities to show that they will not stand with such bigotry while filling the formality of the hate crime charge. The Sikh coalition said that even after almost two months of the attack on Singh, authorities have not yet guaranteed that the accused will be charged with hate crimes.

“The facts of this case are clear, and the failure to file hate crime charges puts the safety of every Sikh community member in Colorado at risk,” said Amrita Kaur, legal director of the Sikh Coalition.

American Sikh said, “No one should be targeted for hate. Kaur said that the group asked the Jefferson County District Attorney’s Office to immediately institute formal hate crime charges, in addition to all other applicable charges against the defendant.”