Home National Delhi If the government does not listen, we will sit here: Rakesh Tikait
NationalDelhi

If the government does not listen, we will sit here: Rakesh Tikait 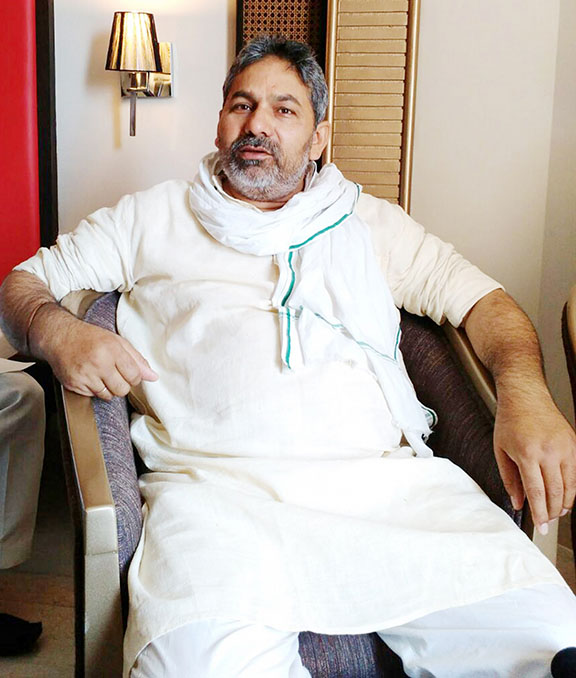 GHAZIPUR BORDER| In the national capital Delhi, farmers have been protesting against the new agricultural laws of the center for the past 1 month. At the same time, farmers had chosen the day of December 29 to talk to the government. Responding to the farmers’ proposal, the government has now said that it is ready to discuss the issue on December 30. In such a situation, Rakesh Tikait has said, “If we do not withdraw the bill, we will talk again.” Rakesh Tikait, the national spokesperson of the Bharatiya Kisan Union said, “We will attend the meeting and talk about the proposals that we have put in place. If things go well then other issues will also be discussed in the meeting.”

He continued, “We will talk again if we don’t take the bill back.”

In the letter to the farmers on behalf of the government, “In view of the details sent by you in this meeting, the Commission Ordinance 2020 for Air Quality Management in the National Capital Region and adjoining areas, along with the purchase arrangements of all three agricultural laws and MSP. Issues related to farmers will be discussed in detail in the Electricity Amendment Bill 2020. ”

In fact, the farmers had sent a proposal on 4 issues to talk to the government, firstly, the mechanism to be adopted to repeal/repeal the three agricultural laws. At the same time, for all farmers and agricultural commodities, there should be a procedure and provision to give a legal guarantee of purchase on the profitable MSP suggested by the National Farmers Commission.

Third, such amendments to the ‘Commission Ordinance for Air Quality Management in the National Capital Region and adjoining areas, which are necessary to exclude farmers from the penal provisions of the Ordinance. Fourth, necessary changes to the draft ‘Electricity Amendment Bill 2020’ to protect the interests of farmers.

New Delhi: In our fight against the COVID-19 pandemic, New Delhi Municipal Council ( NDMC ) has become a proud partner participating with the...
Read more

New Delhi| The Home Ministry is in action mode on the violence during the tractor parade of farmers on Republic Day in Delhi on Tuesday. Home...
Read more

New Delhi | The leaders of the United Kisan Morcha have strongly condemned the incident of violence and violence in the Red Fort on Republic Day...
Read more

China’s problems may increase, WHO will go to Wuhan to investigate the origin of Corona

Coronavirus outbreaks continue worldwide. The number of corona-infected patients is increasing rapidly. In such a situation, the World Health Organization (WHO) team will go...
Read more

NEW DELHI| The central government said on Tuesday that genomes of new variants of Covid-19 have been found in 6 passengers returned from the...
Read more