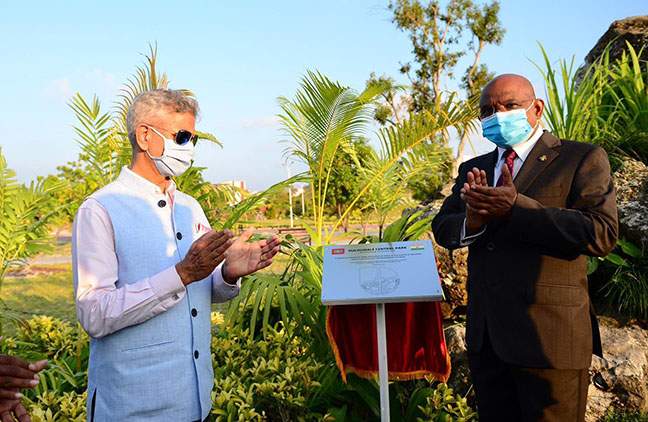 New Delhi | India on Saturday strongly supported the candidature of Maldivian Foreign Minister Abdullah Shahid for the presidency of the 76th session of the United Nations General Assembly. During his visit to the Maldives, Foreign Minister S.K. Jaishankar said on Saturday that Shahid, with his vast diplomatic experience and leadership qualities, is the best in India’s vision to preside over the General Assembly of 193 countries in the world. “We will work together to make this a reality,” he said.

Jaishankar also said that India would like to work with the Maldives during its membership of the UN Security Council for 2021-22.

Shahid, who spoke in Hindi, expressed sentimentality, saying, “A bird in flight, of course, stays true, but in synchronized motion has not one, but two wings. Our two countries are like those wings. We are in harmony.” We work together. We aim to reach the same destination, with similar interests. ”

Jaishankar said that the time-tested India-Maldives is ready for a quantum jump today, touching new heights and touching people’s lives. “We are partners in development, but also in promoting peace and security in the region,” he said.

‘India First’ has been the underlying foreign policy approach of the Government of Maldives. Since taking the presidency in November 2018, President Ibrahim Solih has taken concrete initiatives on this front. This is in line with India’s Neighborhood First policy.

India’s rapid and widespread assistance to the Maldives since the outbreak of the Covid-19 epidemic has further strengthened its credibility of being a first responder.

The Maldives is the first country to receive Covid-19 vaccines from India. India gifted the Maldives 100,000 doses in January 2021.

This was preceded by a series of health and humanitarian aid created in 2020, including the donation of 6.2 tonnes of medicines by the Indian Air Force from various Indian cities through Operation Sanjeevani, supplying 580 tonnes of food aid under the mission. A rapid response medical team has been deployed by INS Kesari to assist in ‘Sagar’ and Covid-19 preventive methods there.