One proclaimed offender nabbed by the team of aats north dsitrict 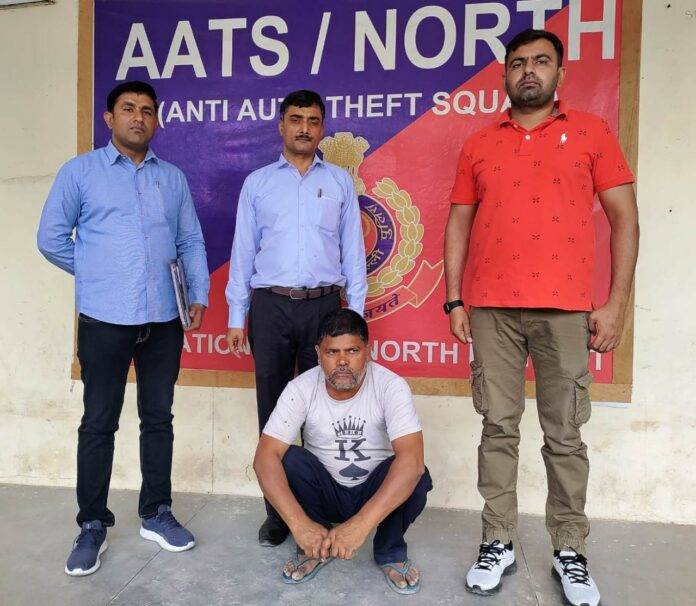 New Delhi: As per the directions of the senior officers, the dedicated PO team of AATS North District Delhi was working to gather information regarding Proclaimed Offenders (PO) in Delhi and other areas of NCR.

On 13.04.2022, at about 02:00 PM, HC Puneet of AATS North District received secret information through his reliable sources that one Proclaimed Offender (PO) namely Jafar Ali is hiding himself in the area of Khoda Colony, Ghazipur, Uttar Pradesh. If raid be conducted within time, the proclaimed offender might be apprehended. Accordingly, the information was passed to the senior officers.

As per the directions of senior officers and acting upon the secret information immediately, a dedicated police team of AATS North District led by SI Yogender Singh, comprising of HC Puneet and HC Om Prakash Dagar, under the close suprevision of SI Naresh Kumar, (In-charge AATS) and guidance of Shri Keshav Kumar Nihar, ACP/DIU North District rushed to the place of information and laid a strategic trap there.

On the basis of technical investigation and as per secret information as well as by showing great sense of responsibility & activeness, the efforts of the dedicated police team bore fruit and they succeeded in apprehending the suspected person identified as Jafar Ali, age-45 year from a meat shop situated in Khoda Colony, Ghazipur, Uttar Pradesh during evening hours.

On sustained interrogation, the accused Jafar Ali, age-45 years disclosed that previously he along with his family was residing in the area of Trilokpuri, Delhi, but due to demolition work carried out by the Metro Authority, they left their residence and started living in the area of Khoda Colony, Ghazipur, Uttar Pradesh. He was working in a meat shop being run by his son and evading the court proceedings. Further he disclosed that he was actually not aware about the summoning by the concerned court and he was engaged in his family to earn his livelihood. He is illiterate and living with his 2nd wife, two daughters and a son.

Accordingly, the accused has been produced before the concerned court and sent to judicial custody.