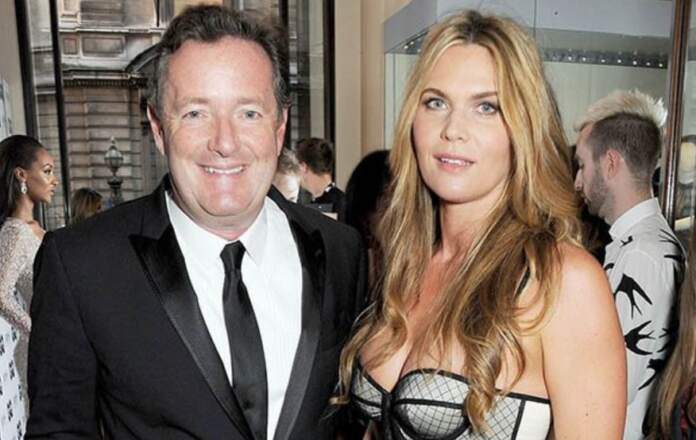 Piers Morgan was born Piers Stefan O’Meara on March 30, 1965, in Surrey, England. His family moved to Newick. Sussex, England a few months after his birth. He was raised Catholic. His father, Vincent Eamonn O’Meara was a dentist who died when Morgan was just 11 months old. His mother remarried a man named Glynne Pughe-Morgan. Piers took his stepfather’s surname.

After a stint with Lloyd’s of London, Piers Morgan was a reporter with the Surrey and South London Newspaper Group, before becoming Showbusiness Editor of the Sun from 1989 to 1994.

Piers Morgan was editor of the News of the World from 1994 to 1995. During this period, in September 1994, according to Piers Morgan’s diaries, Tony Blair invited Morgan for tea at the Commons, and told him, “I don’t want to get chewed up and spat out like Neil Kinnock was by the Sun.”

Piers Morgan left News of the World to become Editor of the arch-rival Daily Mirror. A position he held until May 2004, when Morgan was sacked following the Mirror’s publication of fake photographs of soldiers seemingly abusing Iraqis.

During Morgan’s tenure as editor, the Daily Mirror was advised by Steven Nott that voicemail interception was possible by means of a standard PIN code. Despite staff initially expressing enthusiasm for the story it did not appear in the paper, although it did subsequently feature in a South Wales Argus article and on BBC Radio 5 Live in October 1999. On 18 July 2011 Nott was visited by officers of Operation Weeting.

In October 2003, journalist and television personality Jeremy Clarkson emptied a glass of water over Morgan during the last flight of Concorde in response to some photographs published in the Mirror. In March 2004, at the British Press Awards, Clarkson punched Morgan three times during another argument.

General Rawat, his wife and 11 others killed in helicopter crash: Air Force