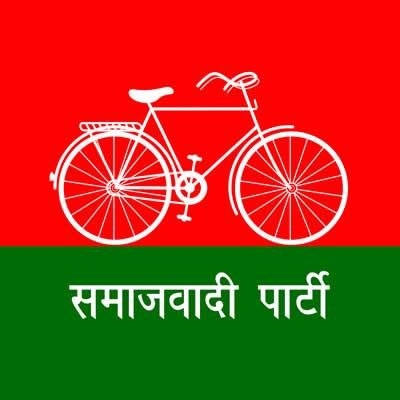 LUCKNOW| Sumiya Rana, daughter of famous poet Munawar Rana, who opened a front against the Citizenship Amendment Act (CAN), on Tuesday assumed the SP’s membership in front of Samajwadi Party (SP) chief Akhilesh Yadav. During this time, Akhilesh announced that the cases filed during the agitation against the CAA and NRC will be withdrawn if the SP government is formed.

Akhilesh gave the membership of SP in the party office to Sumaiya Rana and BSP MP from Gonda, Masood Alam. Sumaiya Rana came into the limelight after opening a front against Ghantaghar in Lucknow against CAA. Akhilesh announced that upon the formation of SP’s government in 2022 in UP, the cases filed against those protesting against the Citizenship Amendment Act and NRC would be withdrawn.

In a press conference organized on this occasion, Akhilesh said, “There will be a historic change in the assembly elections of 2022. Democracy cannot survive till the BJP government goes. SP will keep the doors open for smaller parties in the 2022 assembly elections.”. SP is constantly adding small parties. The BJP government is putting up false cases to suppress every voice that rises in protest. ”

He said, “The new agricultural law is a death warrant for the farmers. SP has played an active role in the farmers’ movement. No party workers in the country have had as many prosecutions as SP leaders during the movement. We farmers The mandis that were being built along the side of the expressway were closed by this government. ”

He has demanded that farmers be given a minimum support price equal to double the income. Two leaders expelled from the BSP also joined the Samajwadi Party membership on Tuesday. Among them are MP candidate Masood Khan and former MLA Ramesh Gautam. Akhilesh also added SP to 200 of his supporters.

NEW DELHI | Prime Minister Narendra Modi said that the new year has brought with it a new achievement. Indian scientists have developed not just one, but...
Read more
Delhi

GHAZIPUR BORDER | Farmers who are protesting against agricultural laws are now facing rain. The rain on Sunday morning has increased the problems of the farmers. The tents...
Read more

WHO: New key symptoms of Covid-19

The Centre has added two new symptoms of the infectious Covid-19 disease, for the reference of medical professionals to help in detecting Corona positive...
Read more

T he Hindi television industry is full of talented and gorgeous actresses who have gained widespread popularity through their work. In fact, this industry...
Read more