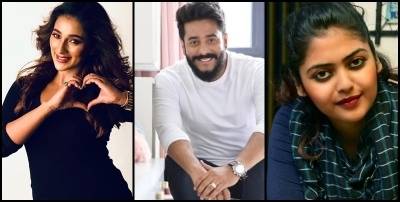 Kolkata| In the assembly elections held in West Bengal, the ruling Trinamool Congress and the main rival BJP fielded more than a dozen actors and actresses as candidates. But trends suggest that the Trinamool has successfully taken advantage of stardom, while the saffron party has failed to capitalize on the glamor quotient. Toliganj was considered by many to be one of the toughest seats for the Trinamool, where the BJP fielded singer-turned-politician MP Babul Supriyo against veteran campaigner Arup Biswas.

However, after 10 rounds of counting, Biswas was ahead of Supriyo, taking a lead of over 10,000 votes. Biswas is increasing the lead after every round, which makes Supriyo now fighting a losing battle.

In fact, all the major characters of the celluloid created by the ruling Trinamool Congress have an edge in their respective constituencies.

Barrackpore – is an industrial town in the North 24 Parganas district, which is considered to be the stronghold of strong BJP leader Arjun Singh. Trinamool candidate and popular director Raj Chakraborty leads BJP’s Chandramani Shukla by a margin of nearly 4,000 votes.

Two other popular actresses – Jun Malaiya from Midnapore and Sayantika Banerjee from Bankura have maintained their lead against their BJP candidates.

Actress Sayani Ghosh, who is contesting from Asansol South constituency from where Babul Supriyo won the 2019 Lok Sabha elections, is marginally ahead of BJP candidate and BJP Mahila Morcha president Aginimitra Paul. Similarly, popular actor and Trinamool candidate Kanchan Mullick is leading in the Uttarpara assembly constituency in Hooghly district.

Not only Babul Supriyo, but other BJP star candidates have also started showing a trailing trend in various constituencies across the state.

Lockett Chatterjee – The current Hooghly MLA who is now contesting from Chuchura, trailing Asit Mazumdar of Trinamool by a margin of over 3,000 votes.

Another popular actress Shrabanti Chatterjee, who is contesting from Behala West seat on a BJP ticket, is behind Trinamool’s strongman and state education minister Partha Chatterjee.

A senior Trinamool leader said, “People have voted in favor of Chief Minister Mamata Banerjee’s development programs. Here the candidate does not matter, but the party matters and people believe that the Trinamool Congress will work for the people. So All our candidates are winning. “

Patna| Parliamentarian Rudy and Jan Adhikar Party chief Pappu Yadav have come face to face with the case of more than 30 ambulances standing in...
Read more

POCO may launch its next budget smartphone in July… See specs!