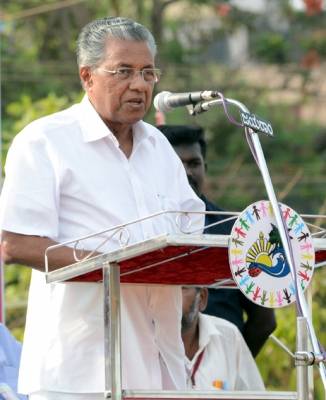 New Delhi| The LDF, headed by Kerala Chief Minister Pinarayi Vijayan, may return to Kerala for the second time in a row and break the cycle of not being consistent in power. But the LDF is not expected to get a major majority this time. According to Times Now / ABP News-C voter exit poll, LDF will be able to reach magical figures. According to the exit poll, it is a straightforward electoral contest between the Left-Democratic Front (LDF) and the Congress-led United-Democratic Front (UDF). In which it is expected that the ruling LDF will remain in power and break the record of not being consistently elected to power.

On April 6 in Kerala, voting was held for 140 assembly seats in the state. Exit Paley figures show that the LDF in the southern state will be able to make a marginal edge over the UDF.

BJP to contest 115 seats in Kerala, Election Committee has decided the names of the candidates