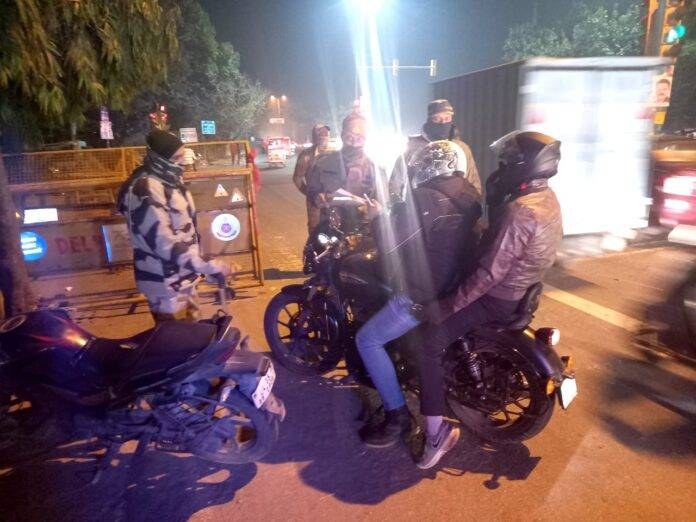 New Delhi: Under Operation Sajag, a continuing drive of North-West District for containment of crime & criminals and to dominate the streets so as to reduce street crimes as well as to instill confidence & sense of security among citizens, 01 notorious robber nabbed by the staff of PS Shalimar Bagh.

Under this drive, alert patrolling staff and special pickets were deployed for intensive checking and during this exercise, a major breakthrough was achieved whereby staff of PS Shalimar Bagh nabbed a notorious robber and recovered a country-made pistol along with live cartridge & 01 stolen motorcycle from his possession. Accused is a habitual criminal & active robber, previously found involved in 11 cases of robbery, theft & attempt to culpable homicide.

Brief Facts & Incident Details:-
On 23.01.22, Ct. Suraj & Ct. Anil of PS Shalimar Bagh Park were performing patrolling duty in the area, when they noticed a suspicious person near Caspia Hotel on a motorcycle. When they signaled him to stop, he took a u-turn and tried to flee away via Ring Road. However, the patrolling staff acted swiftly and started chasing him and nabbed him near Gorakhnath Mandir, Ring Road by displaying a keen sense of alertness & swift response. On inquiry, he was identified as Anil @ Sonu @ Foda @ Pankaj S/o Ram Gopal permanent r/o Bawana, Delhi & present r/o Shalimar Bagh, Delhi (age- 39 yrs). On verification of motorcycle no. DL 11SG 0267, it was found stolen vide e-FIR No. 001735 u/s 379 IPC, PS Samaypur Badli. Further, during his cursory search, 01 country-made pistol along with a live was recovered from his possession.

On his sustained interrogation, he disclosed that he was planning to commit robbery from easy targets, but he was intercepted and caught by vigilant & alert police staff of PS Shalimar Bagh.

Accused is a habitual criminal & active robber, previously found involved in several cases of robbery, theft & attempt to culpable homicide. Further efforts are being made to trace his possible involvements in the other cases also.