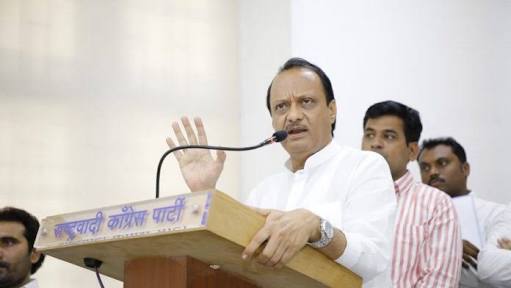 Deputy Chief Minister Ajit Pawar will now take care of the Sarathi Sanstha, which has been the subject of political controversy. The decision was taken at a meeting held at the ministry today. Minister Sambhaji Raje and Vijay Vadettiwar had informed about Sarathi Sanstha.

Deputy Chief Minister Ajit Pawar himself has taken over the reins of the ‘Sarathi’ organization, which has been under discussion for the last few days due to the aggressive sanctity of Maratha organizations. Relief and Rehabilitation Minister Vijay Vadettiwar informed about this today.

It has been alleged for the last few days that the Mahavikas Aghadi government has planned to close down the ‘Sarathi’ institute set up for the training and skill development of the youth of the Maratha community. The scholarship money from the government to ‘Sarathi’ was stagnant. As a result, Maratha organizations and BJP MP Sambhaji Raje Bhosale had taken an aggressive stance. Therefore, Ajit Pawar held a detailed meeting in this regard at the Ministry today. The question of ‘charioteer’ was discussed. This organization will not be allowed to close. The financial assistance of Rs 8 crore will be given to the organization immediately, testified Ajit Pawar in the press conference held after the meeting.

Sambhaji Raje had warned not to try to provoke a quarrel between Marathas and OBCs.

Vadettivar was also targeted by some organizations including the opposition in connection with ‘Sarathi’. The aggrieved Vadettivar had alleged that I was being watched because I was an OBC. He also told the Chief Minister that he was ready to hand over the department to a Maratha minister. Sambhaji Raje had warned not to try to provoke a quarrel between Marathas and OBCs.

Against that background, it was decided to give the job of ‘Sarathi’ to Ajit Pawar. This information was given by Vijay Vadettiwar himself. I myself had requested Ajit Pawar to speed up the work of the charioteer. No one should be under the misconception that my department has been removed. Ajit Pawar has also been given the charge of Annasaheb Economic Development Corporation, which is owned by Nawab Malik of NCP. Therefore, the work of these two departments will now proceed at a snail’s pace, said Vadettiwar.

If Kamla Harris becomes the Vice President of the US, know how her attitude towards India will be