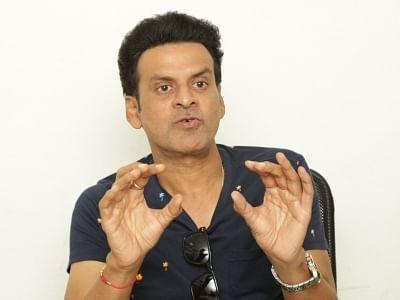 Vikas Dubey Manoj Bajpayee film: Actor Manoj Bajpayee says that it will be interesting to show the dramatic life of UP gangster Vikas Dubey on the big screen. Significantly, after the news of the alleged encounter of the dreaded gangster on Friday, netizens have started discussing the possibility of a Bollywood film being made on the same. Sandeep Kapoor  said movie will be made on vikas dubey and vikas dubey film role will be given to Manoj Vajpai.

Vikas Dubey movie news: Producer Sandeep Kapoor also suggested that a film be made, in which Manoj Bajpayee plays the role of a gangster.

Sandeep Kapoor tweeted, “Everything that happened in the encounter today is beyond the cinematic and dramatic experience. Manoj Bajpayee What would you think of playing Vikas Dubey in your next project? You will set fire.”

Vikas Dubey Manoj Bajpayee film: To this, Manoj Vajpai said, “I hear a lot of people are discussing me in this role. If the character and the script is good, then it would be fun to play any real life character. The person’s life is very dramatic. Has been and it will be very interesting to bring her life to the big screen. Let’s see what happens. I am excited to play this character. “

It is being told that Sandeep is in the process of acquiring the rights to make a gangster biopic. Post this news, actor Manoj Vajpai name was being linked to the project. It was being said that he has been considered for the role of the gangster in Sandip Kapur’s next.

He means to say this news is rumour and he is not in the movie.

Mumbai| Shamita Shetty shared a stunning photo while Relaxing in the pool on Thursday. In the picture, Shamita is seen in an orange cut-out monokini with...
Read more
Entertainment

Game of Thrones GOT Season 8 Remake Petition 2021: Game of Thrones dominated pop culture for a decade but now is little more than a...
Read more
Entertainment