I have been held hostage illegally, not allowed to meet lawyer: Priyanka Gandhi 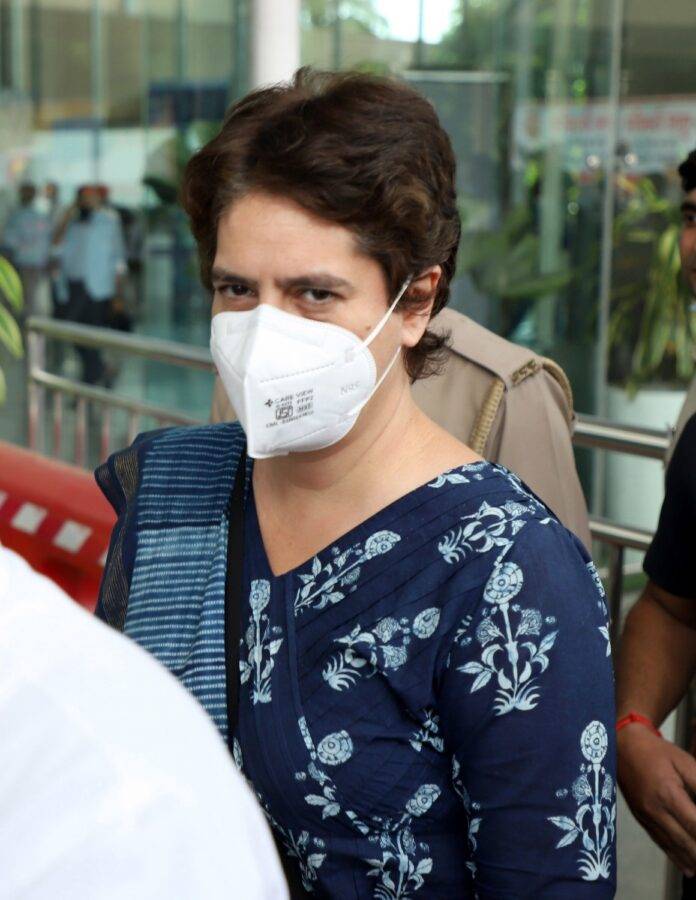 Sitapur (Uttar Pradesh) | After Priyanka Gandhi Vadra, General Secretary of Congress, was formally arrested by Uttar Pradesh police, she alleged that she had been illegally held hostage and was not allowed to meet her lawyers. Describing her arrest, Priyanka Gandhi described her arrest: “I was verbally informed by arrest officer DCP Piyush Kumar Singh, CO City, Sitapur, that I was arrested on October 4, 2021, at 4:30 am according to Section 151, I was traveling in the Sitapur district, about 20 km from the border of Lakhimpur Kheri, which was under Section 144, but to my knowledge, Section 144 was not imposed in Sitapur What.

The Secretary-General of Congress said: “Then I was taken to the PAC site, Sitapur, together with 2 female and 2 male police officers. After 38 hours later on October 5th, the UP police or administration may have brought me to the PAC by 6:30 pm by 6:30 pm -Building had been brought up or grounds.

In her testimony, Priyanka alleged that she had not been given any order or notification. “They didn’t show me any FIR either,” he claimed.

The congress director said, “I myself saw a paper on social media that named 11 people, 8 of whom were not even there when I was arrested. They also named these two people on the afternoon of October 4th. ”

I was not brought before a judge or any other judicial officer. I was not allowed to meet my lawyer, who has been at the gate since that morning,” he said

Facebook
Twitter
Pinterest
WhatsApp
Previous articleSmt Lekhi visits and motivates JJ Cluster area Residents about the Swachhata and Say ‘No to Single Use Plastic’.
Next articleGood Samaritans to be paid ₹5k for rushing road accident victims to hospital
Abid Ali
Sr. Content Editor & Social Media Manager at Janmat Samachar. Has Passion for writing about the Nation & the World and irrefutably telling about their issues to the masses.

Existence of Nepotism in Bollywood…Click to Know more