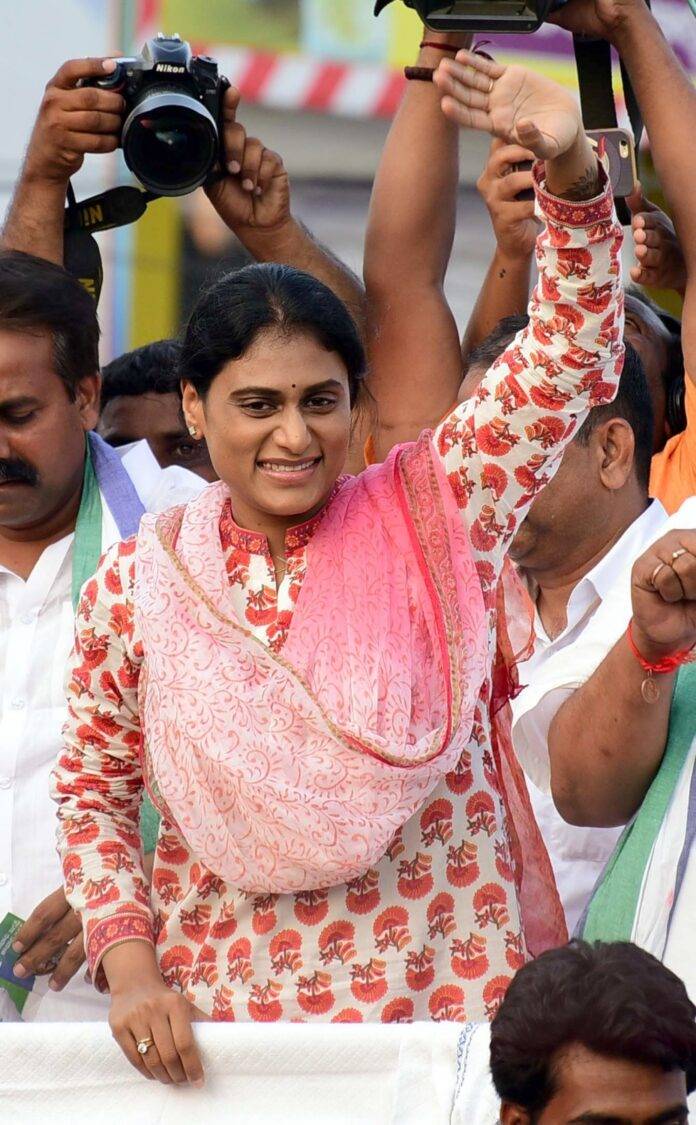 Hyderabad | Andhra Pradesh Chief Minister Y.S. Jagan Mohan Reddy’s sister Y.S. Sharmila will launch her political party in Telangana next month. It will be launched on 8 July under the name of YSR Telangana Party, which was founded by his father and former Chief Minister Y.S. Rajasekhara Reddy’s birth anniversary.

Party coordinator Vaduka Rajagopal said on Monday that the process of registration of YSR Telangana party with the Election Commission of India (ECI) has been completed.

Rajagopal filed an application with the Election Commission for its registration. The poll panel had issued a notification seeking objections to the registration of the YSR Telangana Party.

Y.S. Honorary President of YSR Congress Party Y.S. Vijayalakshmi informed the commission that she had no objection to the registration of the YSR Telangana Party.

Vijayalakshmi was present when her daughter Sharmila announced at a public meeting in Khammam on 9 April that she would start a new political party in Telangana.

While Jagan Mohan Reddy is said to have been opposed to his sister forming a new party, Vijayalakshmi appealed to the people of Telangana to extend their support to Sharmila.

Rajagopal said he would announce more details about the party after receiving the letter from the ECI regarding the recognition of the YSR Telangana party.

He said that Sharmila is starting a new party to bring back the welfare rule of her late father YSR and to carry forward his ideals.

Sharmila will unveil the name, flag and agenda of the new party on July 8.