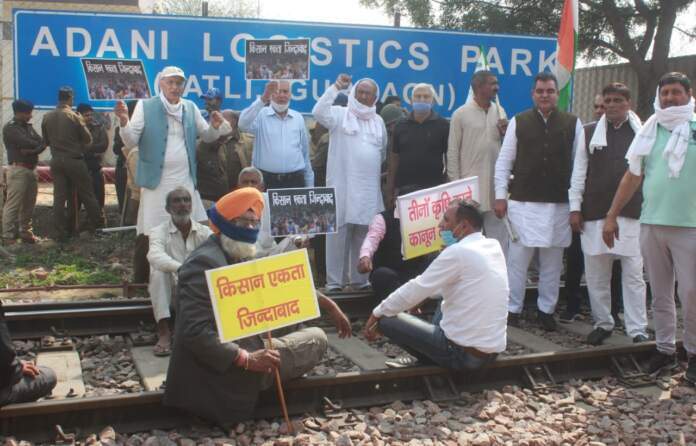 New Delhi| The four-hour rail roko movement of farmers in protest against the three agricultural laws had a ‘minimal or negligible’ effect on train operations across the country and the time passed without any untoward incident. Railway officials gave this information on Thursday. Railway Ministry spokesman DJ Narayan said, “The rail roko movement passed without any untoward incident. There was negligible or minimal impact on the operations of trains across the country.”

He said that train movement is normal in all zones.

The official said that not a single case of movement of vehicles was reported by the agitators in most areas.

The spokesman said that some trains were stopped in some zonal railway areas, but now train operations are normal.

“While dealing with the rail roko movement, utmost patience was exercised by all concerned officers,” he said.

The Railway Protection Force (RPF) had deployed 20 companies in the states of West Bengal, Punjab, Haryana and Uttar Pradesh in the wake of the four-hour rail roko movement.

The impact of the rail roko was also visible in many parts of Rajasthan, as agricultural leaders were seen standing on the engine at the Gandhinagar railway station in Jaipur. Farmers in Chomu also blocked the railway track.

Rail stop calls in Uttar Pradesh did not take effect. Farmers tried to stop trains in Meerut, Ballia, Prayagraj, Mathura, Bahraich, Bijnor, Amethi and Aligarh, but their efforts were thwarted by vigilant policemen.