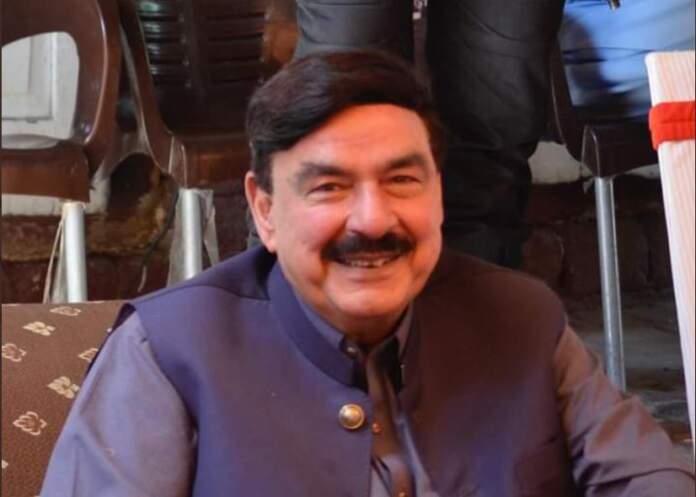 Attack on Pakistani minister outside the hotel in London, League Party will file case.

Every time Pakistan steps on foreign soil, then something or something happens that causes it to grind. The latest case has surfaced from London. Pakistan Railway Minister Sheikh Rashid, who is often in discussion due to his controversial statements here, was punched and threw eggs in London. Information about this is being received from Pakistani media.

Attack in London outside the hotel

According to the report published in the Pakistani media, the head of Awami Muslim League and Railway Minister Sheikh Rashid were attacked outside a hotel. Rashid was leaving for an award ceremony from this London hotel. It is being told that the people who attacked him fled immediately from the spot.

See More: Pakistan Science and Technology minister Fawad Hussain does not know the difference between sun and lunar eclipse

On Wednesday, Asif Ali Khan, president of the People’s Youth Organization Europe, affiliated with the Pakistan Peoples Party (PPP) and Samah Naz, the president of the party’s Greater London Women’s Branch, claimed responsibility for the attack. He said that Rashid used abuses against PPP chief Bilawal Bhutto Zardari, against which he took this step. However, he said in his statement only to throw eggs at Rashid.

Case will be registered

The two leaders said that Sheikh Rashid should be thankful that he “only used the civilized method of throwing Britain’s eggs to protest against him”. The Awami Muslim League has said that no video of the incident is available, but the two leaders have themselves acknowledged the attack. The party is considering filing a case with the police.

Dilip Kumar sahib’s health is stable, appeal to you not to believe in rumours: Saira Banu

Earthquake of 5.8 magnitudes in Miyagi province of Japan