Home National Delhi "Red light on, Gaadi off" mega campaign will be started in all...
NationalDelhi

“Red light on, Gaadi off” mega campaign will be started in all the 70 legislative assembly of Delhi from October 26 :Gopal Rai New Delhi: Delhi Environment Minister Shri Gopal Rai on Thursday said that Red light on, Gaadi off” mega campaign will be started in all the 70 legislative assembly of Delhi from October 26. He said that under this mega campaign, residents of all the 70 constituencies will be made aware about the importance of this campaign. He said that there is an appeal to the residents of Delhi that they should take part in the mega campaign starting in Delhi from 26th October. MLAs of Delhi along with the environment minister today took part in this campaign at the Tilak Marg crossing.
Shri Gopal Rai said, “The Delhi government along with the people of Delhi has started the “red light on, gaadi off” campaign against pollution. This campaign calls for a collaborative effort for the betterment of the citizens of Delhi. As mentioned earlier, 15-20% vehicle pollution can be reduced by way of mass participation.  This campaign will go on until November 15, 2020. On Thursday the MLAs of Delhi joined the campaign and on Friday the councillors of Delhi will join the campaign at the Barakhamba road crossing.”
He said, “To make this a mass movement, the campaign will be carried out at all the 70 assembly constituencies from October 26. On that day we will launch a mega campaign in Delhi to make people aware of this initiative to combat vehicular pollution.” 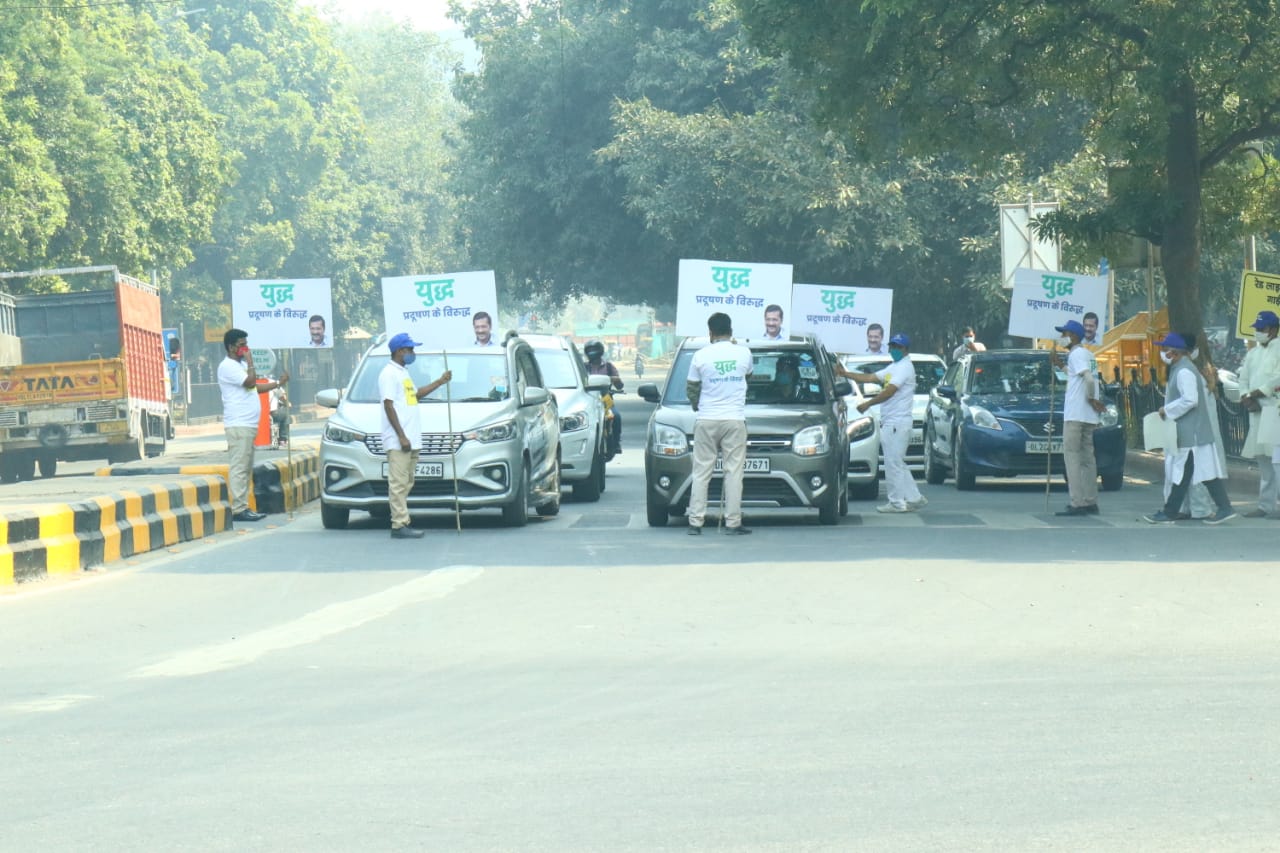 Shri Rai said, “The Delhi government has already launched anti-dust pollution campaign. The decomposer produced by Pusa Research Institute which can turn straw and stubble into manure for further use, has been produced at a large scale and is being sprayed in various parts of the city to cease pollution caused by stubble burning and at the same time providing an effective alternative to the same. I am very happy that the people of Delhi are actively participating in this campaign. I want to request every citizen to join the campaign at their respective assembly constituency on October 26.”
He said, “The Delhi government is working round the clock to combat the air pollution of Delhi. But we cannot control the stubble burning at the neighbouring states and because of the stubble burning the air pollution is increasing in Delhi. We are repeatedly requesting the Central government and state governments to cooperate and to stop the stubble fires.”