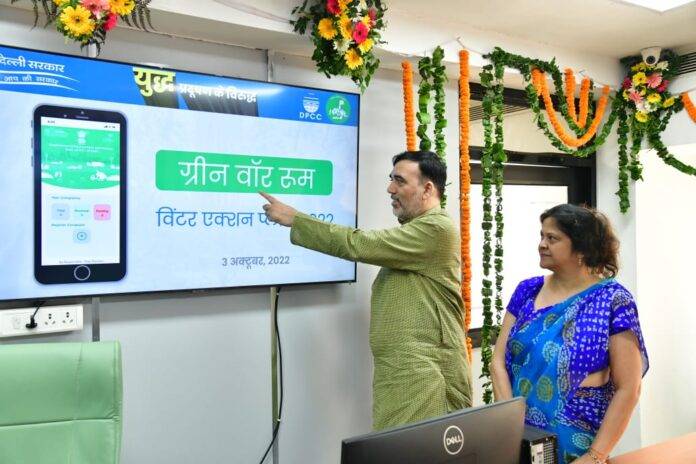 NEW DELHI: The Delhi Government led by CM Shri Arvind Kejriwal launched an ‘Advanced Green War Room’ for 24×7 monitoring and robust implementation of the Winter Action Plan. Environment Minister Shri Gopal Rai kicked off proceedings at Delhi Government’s new anti-pollution war room. He stressed on public participation in the fight and said, “A 12 member team consisting of experts, scientists and engineers to look after the Green War Room. Massive success of Delhi Government’s efforts to curb pollution; in the last 10 years, PM 10 levels fell by 40%, PM 2.5 by 31% despite increasing population. 54,156 complaints received on Green Delhi App; 90% complaints have been resolved till date. Delhi Government will launch an anti-dust campaign in Delhi from 6th October.”

Shri Gopal Rai said, “Chief Minister Shri Arvind Kejriwal had announced the Winter Action Plan on the 30th of September. Under the plan, the GRAP has been enforced in Delhi from 1st October. We have been closely monitoring the air quality and stubble situation in and around Delhi. We’ve been working on the Real Time Source Apportionment Study as well. To give a more hands on approach and enable 24×7 monitoring of all our efforts we are starting the Advanced Green War Room from today. A total of 12 members will be working in the war room. Environmental Scientist Dr BMS Reddy has been appointed as the incharge of the war room. Environmental Engineer NK Joshi has been appointed as the Assistant Incharge. Scientist Dr Nandita Moitra will be on the monitoring desk. Besides them, a 9 member team will assist them and work on the complaints received from the Green Delhi App and ensure implementation of the same in sync with other departments.” 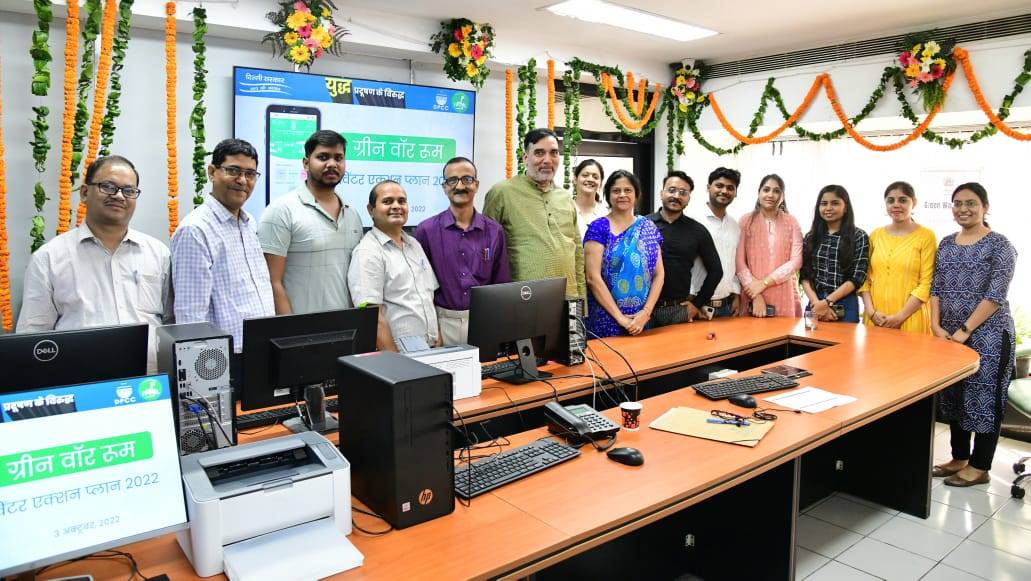 He continued, “Last year at the peak of pollution, the Centre for Science and Environment had analysed the sources of pollution in Delhi. As per the report, internal sources, those within Delhi, amounted to 31% of pollution. Whereas, external sources, those within surrounding states contribute 69% of it. Which is why the Advanced Green War Room has been asked to be on its toes. In 2012, the PM 10 levels of Delhi were averaged out at 368. In 2021, through the succinct efforts of CM Shri Arvind Kejriwal and his government, the PM 10 levels have fallen to 221. PM 2.5 was at 164 in 2012. In 2021, 113. PM 10 has fallen by 40% in the last 10 years. While PM 2.5 has been reduced by 31% in the last decade. This is a huge achievement, I’d simultaneously like to congratulate the people of Delhi for achieving such a feat. To put things into perspective, these numbers are much more significant given how the population of Delhi has increased manifolds in the last decade but the pollution levels have reduced. The Green Cover of Delhi in fact has risen too. All the data has been sourced from DPCC’s monitoring stations.” 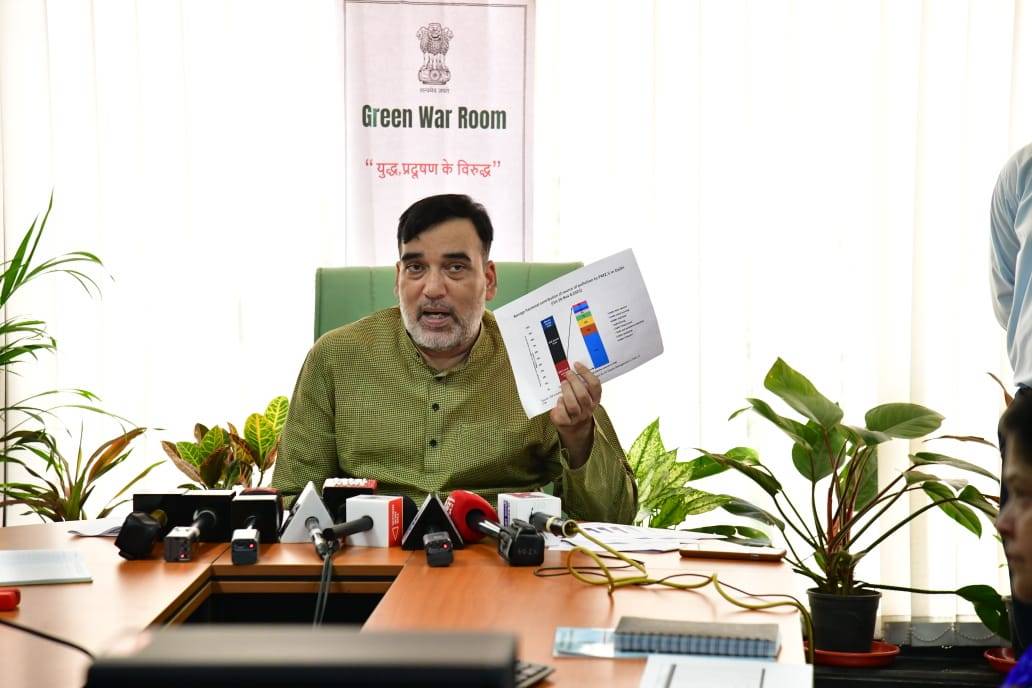 Shri Gopal Rai concluded, “From 6th October, we shall start an Anti-Dust Campaign in Delhi. I appeal to every single Delhiite to keep an eye out on dust pollution and report every single instance of dust pollution on the Green Delhi App. I request everyone to download the Green Delhi App if they haven’t already. If Delhiites become the eyes and ears of the government, it will become easier than ever to combat pollution this winter season.”