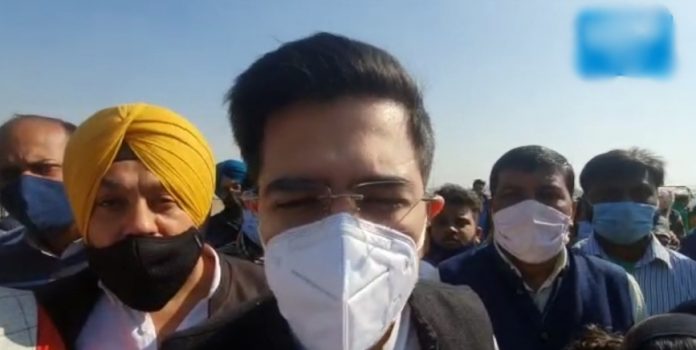 The Aam Aadmi Party has alleged a scam of two and a half thousand crores in the BJP-ruled municipal corporation. The party wants the CBI to investigate the alleged scam. On this demand, Aam Aadmi Party MLA and Councilor will sit on the residence of Union Home Minister Amit Shah and Lt. Governor Anil Baijal on Sunday.

According to the Aam Aadmi Party, party workers and leaders will sit on the dharna outside the residence of the Home Minister and the Lieutenant Governor until a CBI inquiry is ordered in the matter. Delhi Health Minister Satyendar Jain has ordered a secretary-level inquiry into the matter. The Aam Aadmi Party is demanding a CBI probe to investigate this.

New Delhi: In our fight against the COVID-19 pandemic, New Delhi Municipal Council ( NDMC ) has become a proud partner participating with the...
Read more

WASHINGTON| The US Congress has overturned the veto of a bill brought by President Donald Trump on defense spending. This is the first time he has...
Read more

The pregnant supermodel Gigi Hadid and former One Direction member Zayn Malik have been known to keep their relationship private since they began dating...
Read more