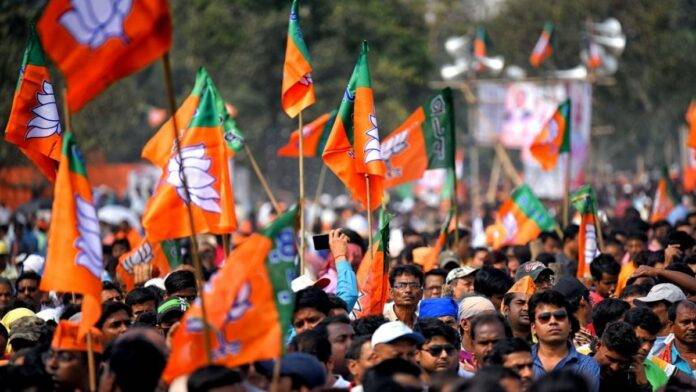 The BJP with two legislators is a junior ally of the six-party coalition government of the National People’s Party (NPP).

The AO said that discussions are going on at various levels of the party, which will finalize whether or not to support the MDA government within a month.

The BJP leader said the party was studying reports on various corruption allegations against the state government and the CBI would handle the charges after getting all the papers.

Even though Chief Minister Conrad K. The NPP, headed by Sangma, is an important constituent of the BJP-led North East Democratic Alliance (NEDA) and the National Democratic Alliance (NDA), but its ties with the saffron party are slowly turning sour over various issues. Particularly BJP’s Meghalaya unit vice-president Bernard N. Relations between the two parties are not good since Marak’s arrest.

Marak was arrested in Uttar Pradesh on July 25 for allegedly running a brothel in West Garo Hills district.

BJP workers and leaders had earlier protested in Tura, demanding a fair investigation into the Marak case, while party workers in West Garo Hills had launched a signature campaign demanding the removal of the district’s superintendent of police and deputy commissioner.

In Marak’s defense, BJP leaders claimed that the farmhouse in the brothel case was operational since 2019, but raids were conducted to defame Marak and damage his political career, just six months before the assembly elections in Meghalaya.

Gandhinagar| As the Gujarat assembly polls marched towards a landslide victory for the BJP that nearly wiped out the opposition, a key issue that came...
Read more