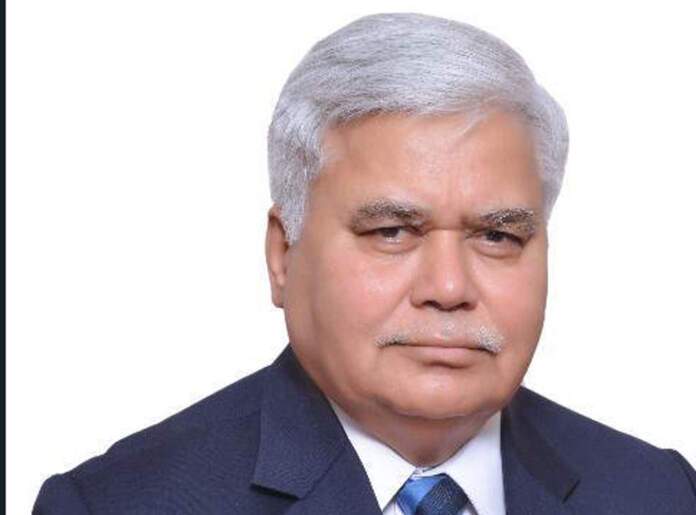 New Delhi: The Telecom Regulatory Authority of India (TRAI) has started a dialogue with Urban Development Ministry to ensure that connectivity infrastructure is a necessary pre-condition for completion certificate in case of multi-storey complexes, its chairman, Mr R.S. Sharma informed in an ASSOCHAM webinar held today.

“We do not have any kind of provision thus far to make telecom infrastructure inside the buildings as a pre-condition for giving completion certificate, so that is what we are going to do and we must tell you that Ministry of Urban Development has been very positive,” said Mr Sharma addressing telecom industry representatives in a webinar on ‘Digital: The next revolution,’ hosted by ASSOCHAM.

He added, “So we are going to have this discussion and we are going to ensure that we incorporate in the National Building Code a separate chapter for prescribing (communication infrastructure) similar to how you prescribe electricity architecture.”

He further said that the cost of providing an infrastructure for seamless connectivity to every household in a colony comes to just about Rs 20 per sq. ft. “That will be a great USP for a builder to say that my building is completely telecom connectivity ready.”

The TRAI chairman also sought feedback from industry on how to perceive the standards to be and what is to be incorporated in the National Building Code.

Earlier he lamented at the RWAs charging money from the telecom service providers (TSPs) for allowing them to enter their premises. “The TSPs are coming and providing services in a non-discriminatory manner and not charging any premium from guys living in the multiplexes. This is a perverse arrangement going on.”

He added, “I do not think electricity or water companies would be charged, then why would somebody charge companies providing communication infrastructure. There are a lot of such aberrations that have happened over a period of time because of we have not realised that connectivity is as important if not more as water pipes and electricity or the other kinds of common infrastructure required.”

Earlier in his address he said that in-building solutions have become extremely important in the current scenario because people working from home require robust connectivity.

“We are seeing huge problems in getting connectivity there, we have given multiple recommendations to ensure we have in-building solutions in place – tower companies should be able to establish in-building solutions which can be used by any of the service providers. Secondly, the telecom service providers should be prohibited from entering into any mutual agreements,” said Mr Sharma.

He also noted that in the current scenario when every sector is going down and there is no sector in the economy which has not seen a huge dip but telecom is the only sector which has grown and which has huge growth potential.

The TRAI chairman complimented all telecom service providers for playing a heroic and stellar role by keeping the country connected during the pandemic.

He further said that the Covid-19 pandemic has shown us that there are digital alternatives available to doing things physically. “I think contactless interface with machines is going to become very popular. So digital things will accelerate in these difficult times. However, connectivity being the most important issue, we need to fix that part as unfortunately we are not in a very good shape when it comes to connectivity.”

Impressing upon the need to have a more robust technology and need to strengthen fixed line infrastructure, he said TRAI has given number of suggestions to the government – one is to use cable television infrastructure to ensure they are delivered. “That recommendation is pending with the government, I hope they are going to take a decision on that. The Right of Way Policy 2016 has not given desired results because we need to communicate better with states which have the land, there are many recommendations which we have given highlighting that we need to have robust fixed-line connectivity.”

On the policy and regulation front, he said it has been recommended to the government to increase the role of infrastructure providers. “Recently we have given a very comprehensive recommendation because we believe that telecom space must attract new categories of players, it should not just remain limited to telecom service providers who are providing vertically integrated kind of stuff, they put the towers, fibre, network and then they provide services. We need to have number of players in between and we need to actually do division of labour on a well thought out principal so as to improve the effectiveness and investments in the sector.”

He added, “So going ahead, we think the tower and IP companies they should play a very proactive role in terms of providing infrastructure for telecom sector, we have also put a lot of emphasis on sharing of this infrastructure, whether it is fibre, tower to improve the productivity and finally reduce the cost to the service providers.”

So, he further said, “We at policy front are trying to see that more and more investment comes into the sector and you have various layers. They are now going to float a paper on how to unbundle these layers from a service layer to network layer, infrastructure layer, so these are some of the thoughts and the whole idea is not to reduce somebody’s role or undercut somebody but idea is how do you build an ecosystem in a sector where multiple players come and deliver.”

Which Trimmer Blades are Better Titanium Or Stainless Steel?

Titanium or Stainless Steel Trimmer? Let us know which trimmer blades Stainless Steel or Titanium are better and which one we should select before buying....
Read more
Business

OTT platform #TALKIEZ launched, you will get unique pleasure of watching movies