The journey of Urban Swachhata would have not been possible without the dedication of Safaimitras : Hardeep Singh Puri. 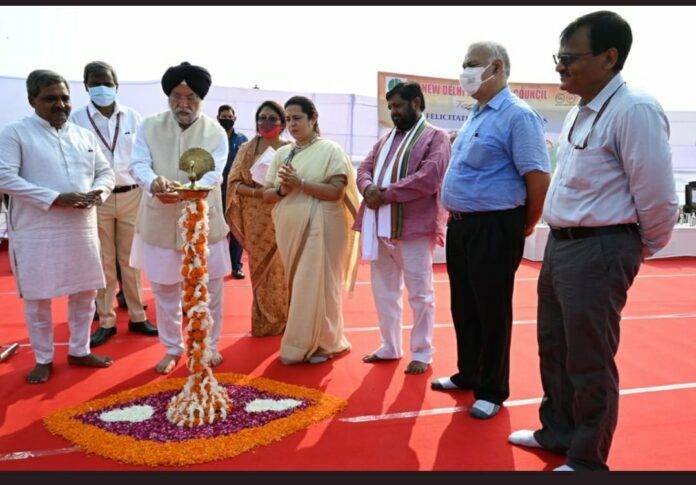 New Delhi: “The journey of Urban swachhata would have not been possible without the dedicated and tireless services of our sanitation champions and Safaimitras, who have continued to keep our cities clean even during pandemic times. In his address, the Hon’ble Prime Minister rightfully referred to these sanitation workers as mahanayaks of our swachhata journey.”

This was observed by the Minister of Housing and Urban Affairs & Petroleum and Natural Gas, Govt of India- Shri Hardeep Singh Puri, on the occasion of ‘Safai Mitra Smman Amrit Samaroh’ organised by New Delhi Municipal Council (NDMC) as gratitude towards the selfless service of the NDMC’s Safaimitra felicitation on the Gandhi Jayanti at Central Park, Connaught Place, New Delhi today.

To mark the rollout of the Swachh Bharat Mission – Urban 2.0, Shri Puri has made an appeal to all State governments and Urban Local Bodies to join together today on 2nd October – Gandhi Jayanti – being observed as Swachhata Divas – to felicitate every sanitation worker across all cities of the nation.

On the occasion, Shri Hardeep Singh Puri felicitated 30 Safai Sevaks of NDMC and he also administered the “No Use Plastic” pledge to the gathering in the presence of the Minister of State for External Affairs and Culture- Smt. Meenakashi Lekhi, Minister of State for Housing and Urban Affairs- Shri Kaushal Kishor, Secretary- Ministry of Housing and Urban Affairs- Shri Durga Shankar Mishra.

While addressing the gathering, Smt. Meenakashi Lekhi said that in the time of Covid19 pandemic, the role of safaimitra was very crucial but they tirelessly performed their duties brilliantly not only in New Delhi but also in whole Nation. Today, on the occasion of Gandhi Jayanti, we are felicitating their efforts towards the success of Swachhata Mission, which was launched by Prime Minister on 2nd October, 2014. She further informed that NDMC is continuously organising skill training and mechanization of their work to ensure more hygiene and safety of the sanitation workers. 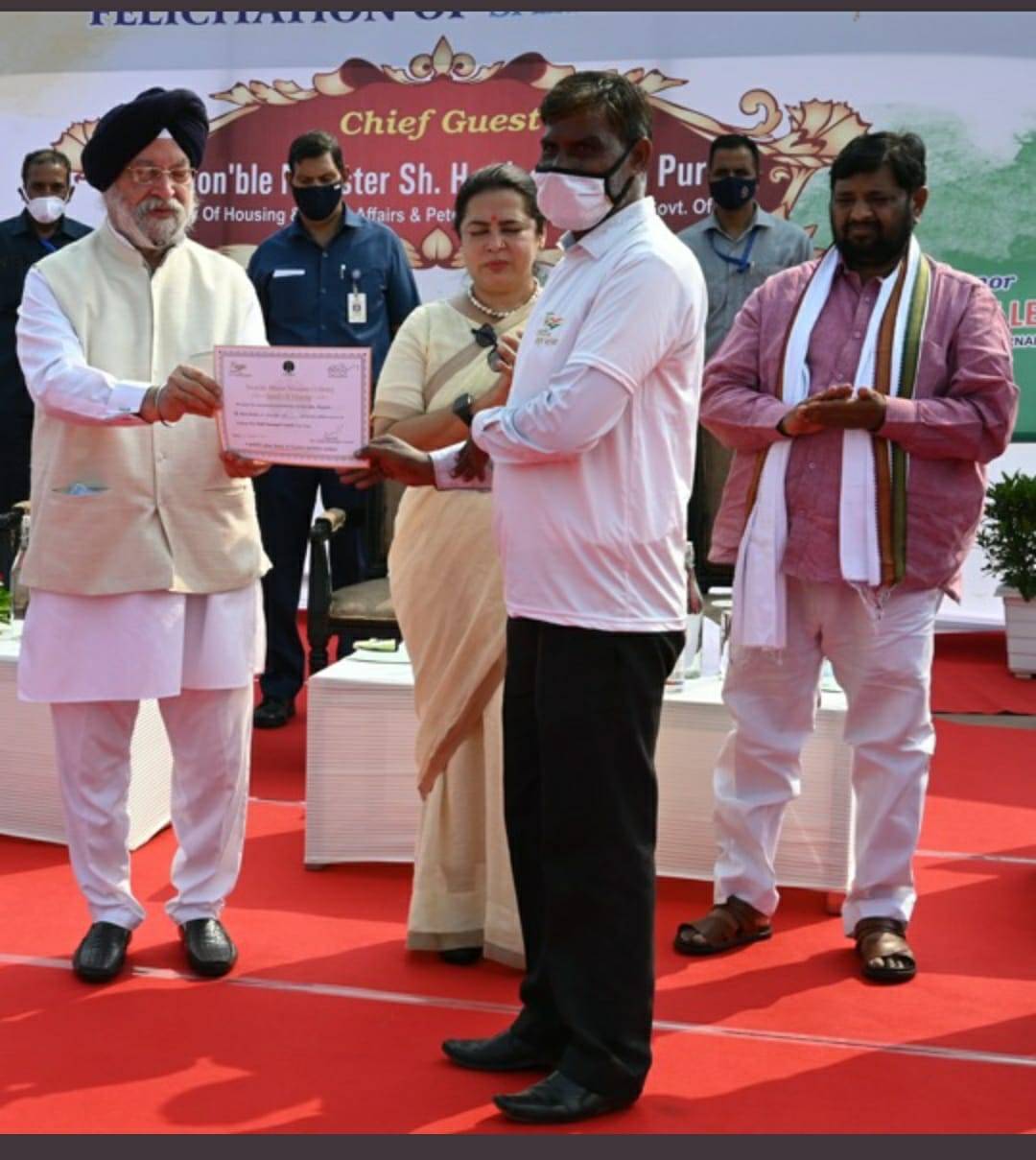 Minister of State for Housing and Urban Affaris, Govt of India – Shri Kaushal Kishore said that Prime Minister Shri Narender Modi Ji take the broom to bridge the gap between a Prime Minister and a Safai Sevak as a role in Swachhata Mission and now the Swachhata Mission is a nationwide people movement in India. He appealed to people to not only remove the dirt from the outside of body but also remove the dirt of drug, alcohol abuse and intake habbits of pan or gutka.

The Secretary, Ministery of Housing and Urban Affairs, Shri Durga Shankar Mishra informed that on the occasion of this Gandhi Jayanti, Central Government has launched a programme to felicitate as many as 15 lakh Safaimitra across the nation in their Municipalities/Urban Local Bodies(ULBs) as our gratitude towards the selfless service of the sanitation workers of the nation.

In his vote of thanks NDMC- Chairman, Shri Dharmendra informed that 2783 frontline workers have been felicitated within two days.

Facebook
Twitter
Pinterest
WhatsApp
Previous articleBirth Anniversary of Mahatma Gandhi and Lal Bahadur Shastri
Next articleAryan Khan, 2 others were sent to NCB custody till 7 October
Abid Ali
Sr. Content Editor & Social Media Manager at Janmat Samachar. Has Passion for writing about the Nation & the World and irrefutably telling about their issues to the masses.